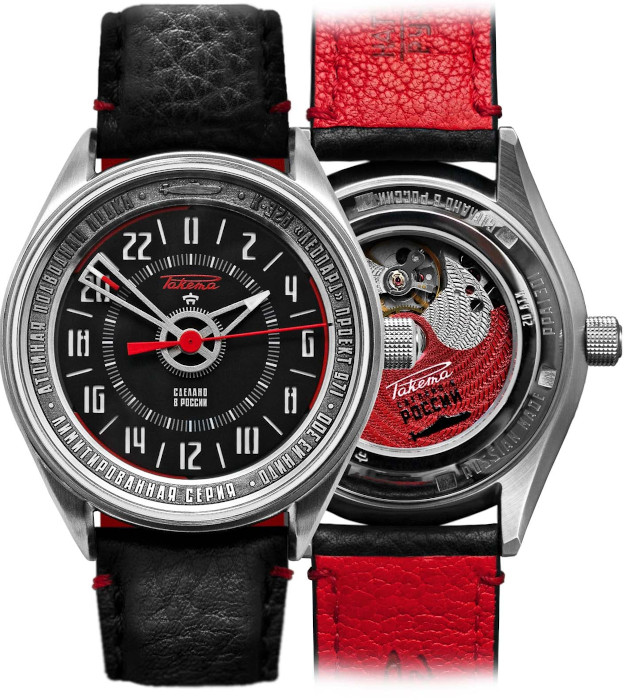 Leopard 24 is a wristwatch from Raketa.

As a designated 24-hour watch, this model features a dial with 24 hours instead of the usual 12, appealing mainly to submariners (or similar applications) where the usual reference to daylight is missing.

Metal from the submarine “Leopard” was used for the case. The metal was officially provided to Raketa by the shipyard, which is currently carrying out the overhaul and modernization of the Leopard. The metal comes from an outer part of the Leopard hull.

Every watch is delivered with a certificate authenticating the origin of the Leopard metal, with the official insignia of the Leopard submarine, with an additional rubber band and a branded spring bar tool to easily change the straps.

This watch is produced in a limited series of 300 pieces.