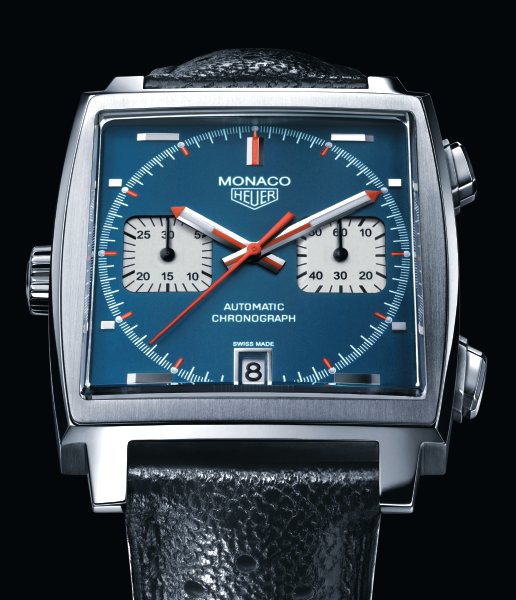 In 2009, on the 40th Anniversary of the legendary Monaco, TAG Heuer presented this re-edition. 1969 the rectangular sport chronograph had been worn by Steve McQueen and had attracted much attention due to its innovative style.

The re-edition is called “Automatic Chronograph Calibre 11” and is limited to 1000 pieces. As with the original model, which was equipped with the world's first automatic chronograph movement with micro-rotor, the Calibre 11 “Chronomatic”, the crown is placed on the left side of the case.