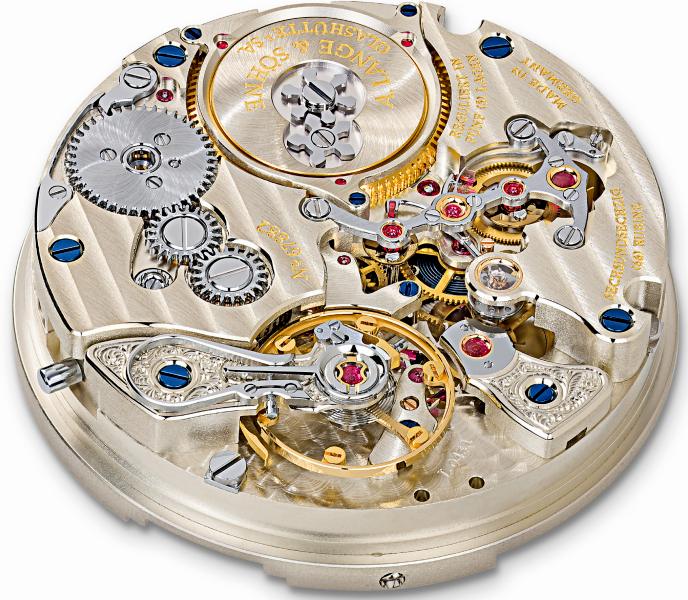 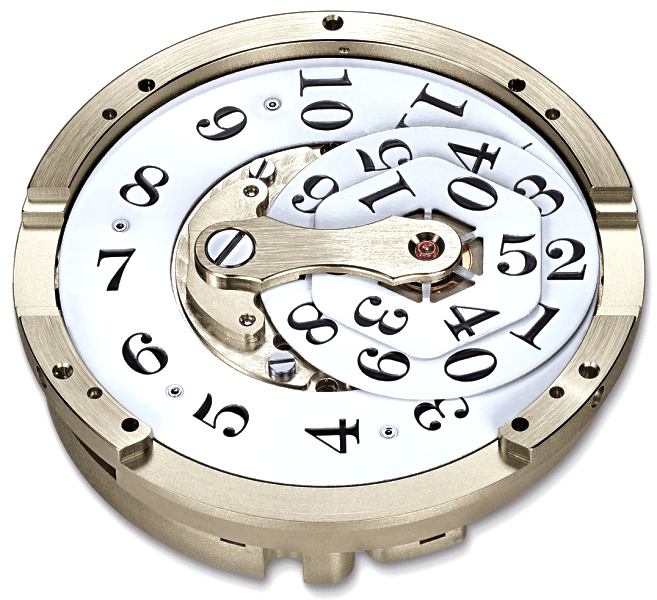 Lange Zeitwerk “Luminous” is a wristwatch by A. Lange & Söhne.

In the spring of 2009 A. Lange & Söhne had presented the Lange Zeitwerk, a completely new development with the unusual combination of an exactly jumping numerals indication of hour and minute, whose barrel design and constant-force escapement had been registered with several patents. For this unusual watch, affirming strong innovation force, Lange received several awards, including the top award at the prestigious Geneva Watchmaking Grand Prix the Special Prize “Golden Hand” or “L'Aiguille d'Or”.

One year later, in the spring of 2010, with the “Luminous” a version of the Zeitwerk was published, which was easy to read even at night. Strikingly the time bridge in nickel silver, coated with black PVD, frames the windows of the hours and minutes indication, which are arranged on one plane. There the luminescent numerals coated with white Superluminova emerge out of the black fond. This is assured by a dial from dark-tinted sapphire crystal. Its translucent coating allows the numerals to absorbe enough light energy to dispense it again evenly in the dark for several hours.

As a movement again the classic manual winding manufacture movement Lange L043.1, vibrating with 18,000 A/h, is used. The design of the watch, totally committed to light-dark contrasts, is emphasized by a platinum case with black crocodile band and a buckle also made of solid platinum.

This model is limited to a maximum of 100 pieces.