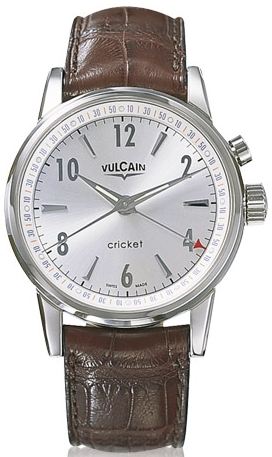 An Alarm watch is a watch which wakes up a man from sleep at an adjustable time or reminds him of a specific deadline.

Probably the first alarm watch was invented by the Greek philosopher Plato in the 4th century BC by repurposing a water clock From a container water dribbled permanently into a second container that capsized at a time-dependent filling height and emptied itself into a third container. The air therein was compressed abruptly and escaped through a pipe valve, whose shrill sound clearly could revive the dead.

The invention of the first mechanical alarm clock of the industrial age is attributed to Levi Hutchins from Concord, New Hampshire (USA). However, his first alarm clock made in 1787 could only ring by 4 clock in the morning - this was the time for Hutchins to get up.

The French inventor Antoine Redier patented in 1847 as a first a mechanical alarm clock with adjustable alarm time.

The first chime alarm was introduced by Westclox in 1931. The alarm clock was advertised with the slogan “First he whispers, then he shouts”. 1949, Westclox presented the model “Moonbeam”, in which first a lighting turns on and off, and then a buzz is heard.

Wristwatches with alarm function are e.g. since 1947 the alarm wristwatch Vulcain Cricket, since 1951 the model “Minivox” of Junghans. Jaeger-LeCoultre created 1950 the Memovox line and 1956 the first automatic wristalarm.

1998 Fortis as part of its line of watches presents the Official Cosmonauts Chronograph, the world's first automatic chronograph with integrated mechanical alarm function. This construction was developed by the watch artist Paul Gerber from Zürich.