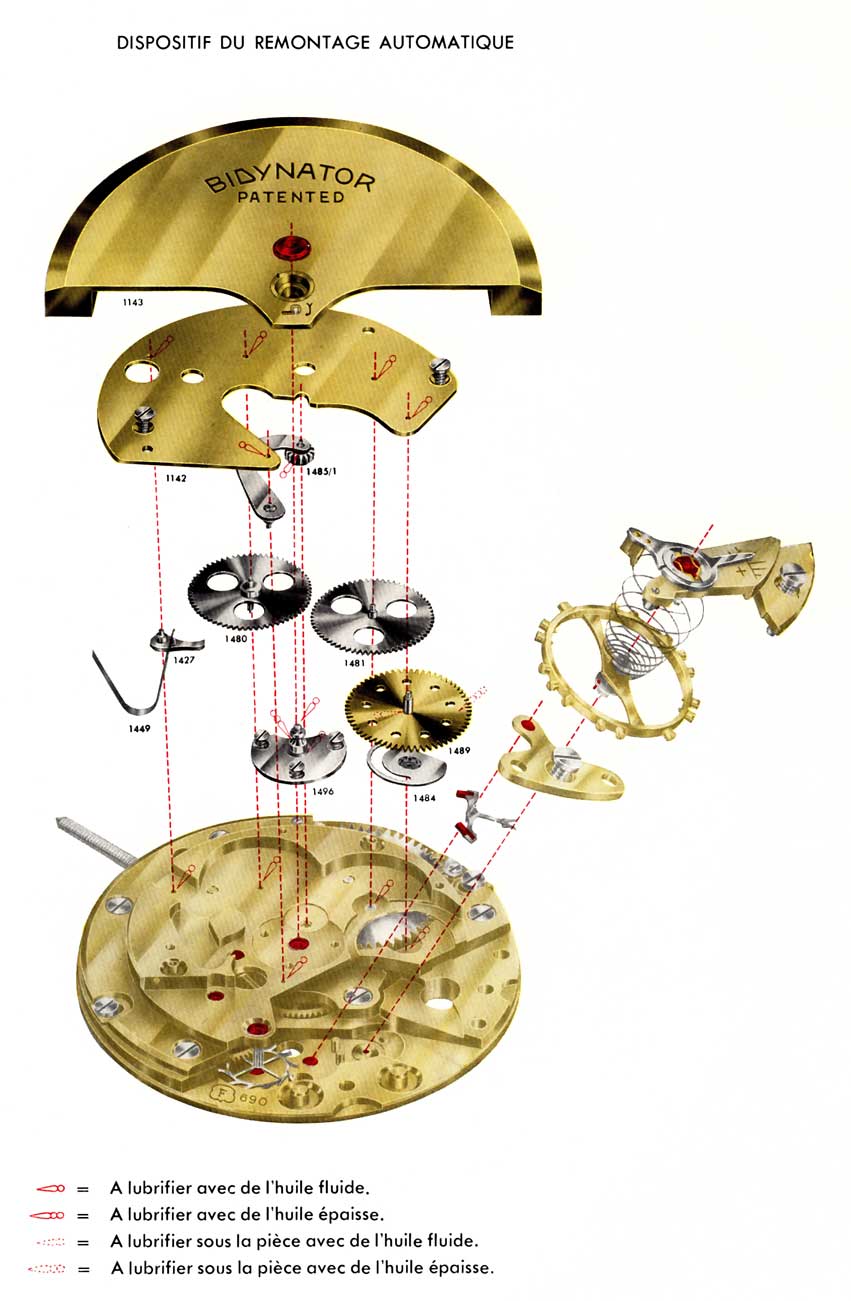 Bidynator was a brand name for a series of automatic watch movements produced by Felsa from 1942 through the 1960's. It was the first successful movement with bi-directional winding.

Felsa became an innovator in the 1930s with designer Friedrich Meyer, who patented an automatic winding mechanism in 1942. A bi-directional winding mechanism was patented in 1947 by Meyer. Because of Felsa's successful bi-directional automatic winding system, they were allowed to specialize in automatic movements by the cartel of Swiss movement makers, Ebauches SA, along with ETA and A. Schild.

Felsa introduced their first automatic movement with bi-directional winding in 1942. Cal. 410, and the associated ladies model, Cal. 380, were revolutionary but World War II interrupted production and development. Cal. 410 was only produced for a short while before the more-refined Cal. 690 was introduced in 1947 to replace it. These movements were very similar, with many interchangeable parts, but the new series had a longer power reserve (43 rather than 32 hours) and were produced in much greater volume.