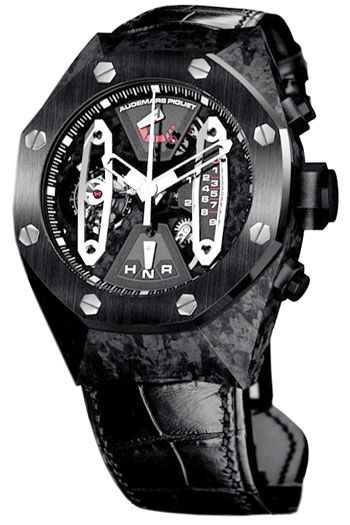 In the watch and technology area carbon generally means carbon fiber. This material is increasingly used in recent years for watches, dials or mostly for cases. It is characterized by its special breaking strength, stiffness, tensile strength and lightness.

With the concept watch Royal Oak Tourbillon and Chronograph "Concept Carbon" by Audemars Piguet not only the case, but even a majority of the movement is made ​​from carbon, which could also be forged.

A completely new area opens up with the development of carbon nano-fibers, which are even more resistant than the previously known carbon fibers.