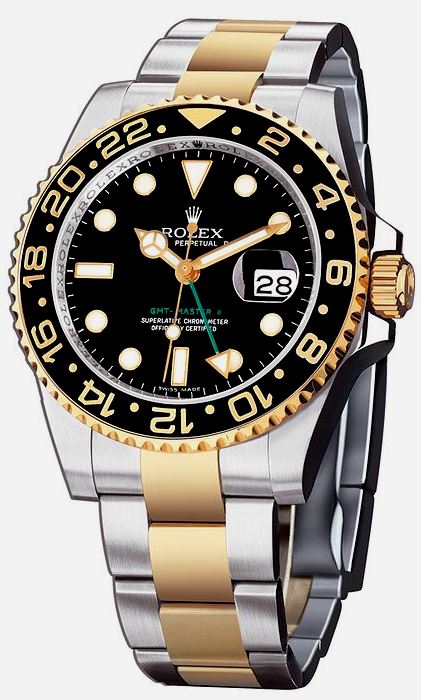 A GMT watch has a specialized dual timezone complication displays Greenwich Mean Time on a 24-hour scale in addition to local time.

On the Meridian Conference 1 October 1884 in Washington the local time of the zero meridian at the observatory of the (now incorporated) London suburb of Greenwich was confirmed as Universal Time (Greenwich Mean Time). Unlike the UTC, which is based on atomic clocks, this is an astronomical, sun-oriented time convention, though the terms are often used interchangeably. 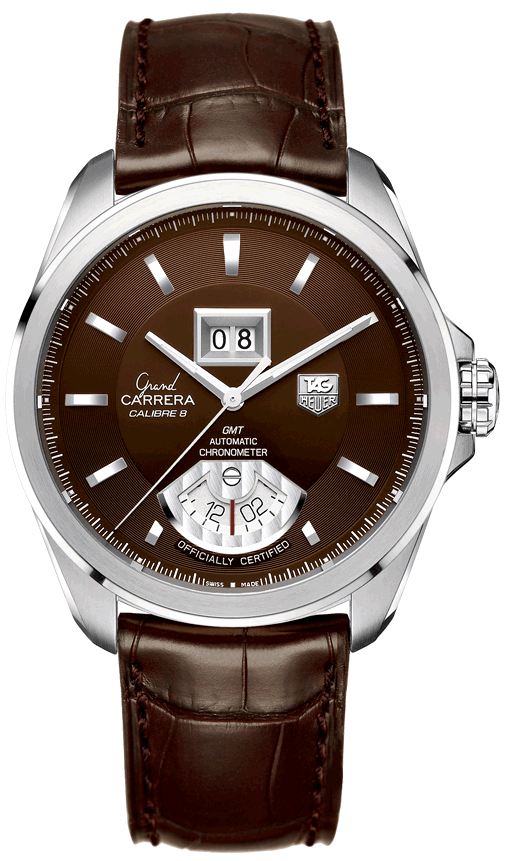 The abbreviation “GMT” means the possibility to display an additional time zone on a 24-hour scale on the watch dial. The terms “GMT”, “dual timezone”, and “worldtimer” are often used interchangeably by both watch buyers and manufacturers, but a GMT watch must show a 24-hour scale (or 12 hours plus day/night indicator). Although GMT and dual timezone watches often use the same movement, a GMT watch is intended to be set to GMT and left there, while the dual timezone watch is intended to have both zones adjusted more frequently. A worldtimer, by contrast, shows many timezones at once.

The classic GMT watch complication features an extra hour hand coaxially located at the center of the dial that uses a 24 hour scale, as is the case with the original GMT watch, the Rolex GMT-Master. This format (two central hour hands, one of which has a 24 hour scale and the other which can be independently set on a 12 hour scale) is known as a “true GMT”, though Rolex did not implement independent adjustment until 1980.

Other GMT watches use an independent 24-hour subdial on the face, as is the case with the TAG Heuer Grand Carrera Calibre 8 RS Grande-Date GMT. There are many other approaches, such as the Jaeger-LeCoultre Reverso Duoface which features a second dial on the back with a second timezone that can be used for GMT thanks to a 24 hour subdial.

The need for such models encreased in parallel to the greater volume of air traffic in the 1940s and 1950s, when more and more flights lead through several time zones. Note that some watches, such as the Rolex GMT-Master 6542 of 1954, did not have a separately-adjustable hour hand. Instead, the bezel was rotated so the fixed 24-hour hand would reflect the correct time. It was not until 1980 that the Rolex GMT-Master 16750 was released with an adjustable GMT hand. So although these earlier watches did display local time and GMT on a 24-hour scale, they were not mechanically GMT movements.

Abbreviations, Terms
We use cookies and other tracking technologies to improve your browsing experience on this website and for data collection for personalized ads.More information
gmt.txt · Last modified: 11.10.2021 17:20 (external edit)