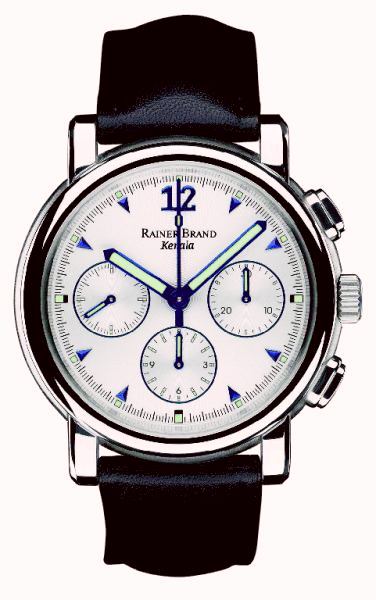 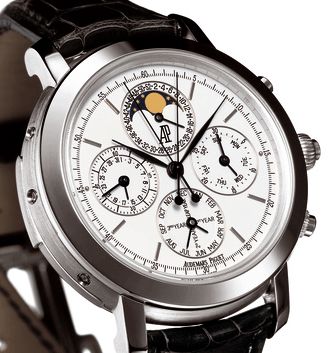 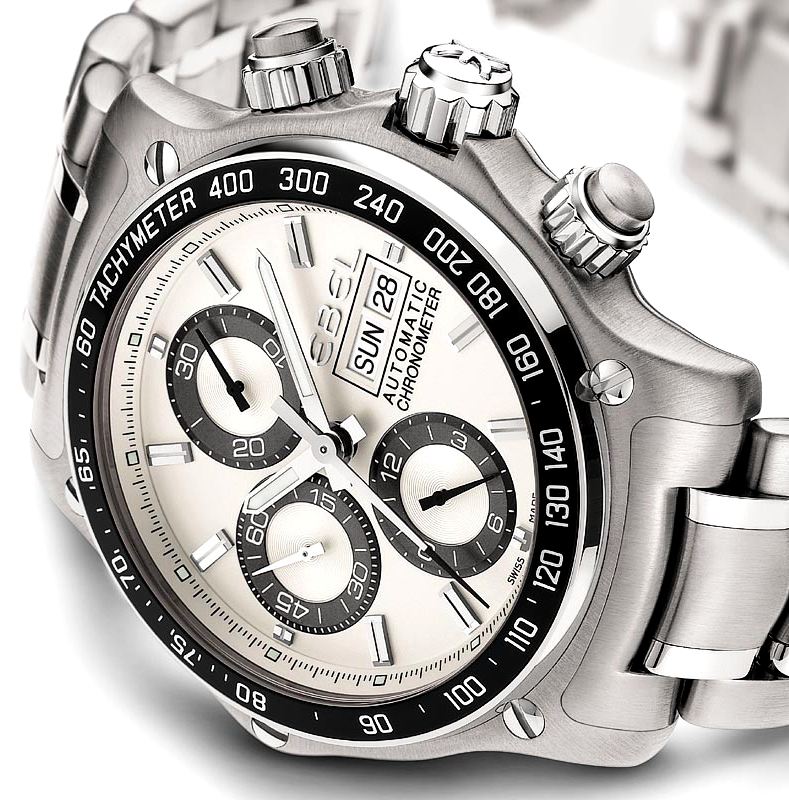 Starting as early as 1936, Universal and Zenith began naming their chronograph watches using the now-standard “Compax” nomenclature. It refers to the number of complications of the movement, though it has later been applied to arrangement of the complication subdials on a watch.

Generally, the Compax name refers to the number of complications on a watch, but since these are usually expressed with subdials that association has stuck. Since most chronographs use one subdial for running seconds, this is one less than the total number of complication subdials on the watch. In other words, a “Uni-Compax” watch has two subdials but just one chronograph counter, while a “Tri-Compax” watch has four subdials, three of which are used for complications (two chronograph and one date) while the fourth is used for running seconds. This has proven very confusing for watch enthusiasts and has lead to widespread use of these terms which are not historically correct.

Uni-Compax (also called Compur) refers to a chronograph with a pair of subdials arranged horizontally at 3 00 and 9 00. The single complication widow (a minutes counter for the chronograph) was located at 3 00 while running seconds were placed in the 9 00 subdial.

Compax is the name for a watch with a V-shaped and symmetrical arrangement of the totalisers at 3 00, 6 00, and 9 00 on the watch face. This is generally regarded as aesthetically balanced. Universal Genève, Zenith, and Girard-Perregaux all sold watches with this arrangement and the name “Compax” printed on the face, and all shared the same movement, produced by Universal or Martel.

A watch with four subdials arranged at 12 00, 3 00, 6 00, and 9 00 is called Tri-Compax. The name dates to Zenith and Universal watches from the 1940's. This can be confusing for many, since there are four rather than three subdials, and this leads so some referring incorrectly to a three-subdial “Compax” watch as “Tri-Compax”. But the “Tri-” in the name originally referred to the complications (chronograph, date, and moon phase) not the number or arrangement of subdials.