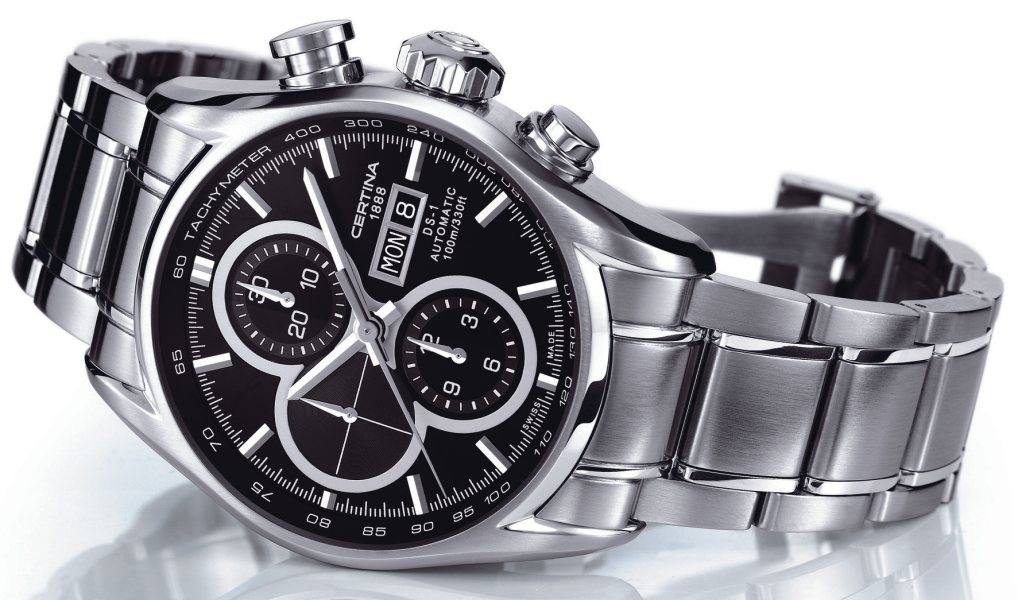 In 1888 Certina is founded in Grenchen by the brothers Adolf and Alfred Kurth and operates first as Kurth Frères SA. In 1906 the two choose for their watches the name “Grana”, a shortened form of “Granacus”, the Latin name for Grenchen. The first wristwatches appear on the market - mostly for women, since men at that time still refuse wristwatches.

In 1938 the Grana watch factory celebrates the 50th anniversary with its 250 employees. Looking for a new brand name, one chooses “Certina”, derived from the Latin “certus” (sure, surely). With this name, which is easy to pronounce in most languages, the image of the company is enhanced and the brand from now on expands even outside their home country.

In 1948, at the 60th anniversary, the company has 350 employees and opens its first foreign branch in Germany.

In 1959 Hans and Erwin Kurtz by Hans and Erwin Kurtz develop the groundbreaking concept of DS (Double Security), in which the movement is enclosed in a kind of highly stable vault. Watches with self-winding movement at that time usually resist a fall from 1.8 to to 2.2 meters. In the new model series Certina DS it is 6 meters, and at the same time the degree of water resistance is increased to 20 atmospheres (200 meters), bringing the watches to the forefront of the market.

In 1960 a Swiss expedition successfully completes the first ascent of the 8222 meter high Dhaulagiri in the Himalayas and is equipped with the Certina DS. The model “Blue Ribbon”, equipped with a particularly flat self-winding movement, is launched in 1961. The name refers to the award of the Blue Ribbon (Blue Riband), which the liners Queen Mary, Normandie and United States have received as the fastest ships on the transatlantic route Europe-New York.

In 1971 the Certina Biostar is brought to market and is the world's first watch with a display of biorhythms.

In 1972 Certina is presented the “Diamonds International Award” and the “Golden Rose” as producer with the biggest innovative strength. At that time the company with 900 employees produces 375,000 watch components per day and consumes 53,000 jewels. The annual production amounts to 600,000 watches.

In 1979 the sale of the Certina DS, 20 years after its release, exceeds the million mark.

In the year 1983 Certina joins the SMH group, consisting of a composite of ASUAG and SSIH. Today, after increasing by many other watch manufacturers, the group carries the name Swatch Group. Within this world's largest watch group Certina is positioned as a specialist in sports watches. The brand is now involved as a sports sponsor, for example in racing, and here especially at motorcycle championships and with the Formula 1 team of BMW Sauber.