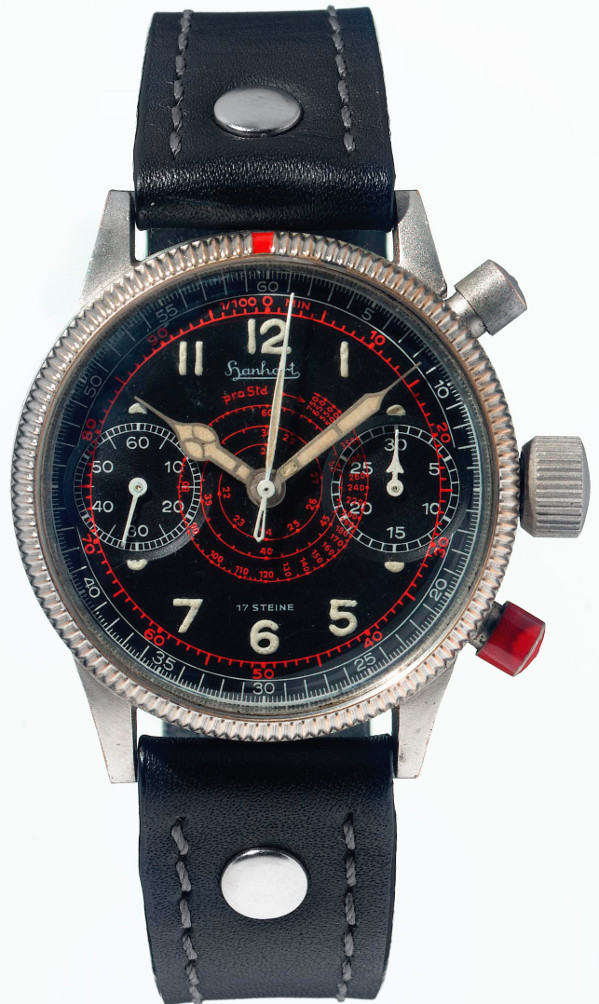 Foundation in Switzerland, moving to the Black Forest

In 1882 Johann Adolf Hanhart opens a watch and jewelry shop in Diessenhofen (Switzerland). In the very difficult years of the construction of a one man enterprise to a medium-sized company other products must be taken as a seasonal balancing. Because Hanhart considers the development opportunities for the company in Diessenhofen to be too low, in 1902 he moves to Schwenningen in the Black Forest. In a few years the production is expanded, and soon the pure handicraft company is the largest of its kind in Schwenningen and environment.

Production of watches and stopwatches

1920 Johann A. Hanhart takes his youngest son Wilhelm Julius into the business. The young Hanhart sees too little perspective in his father's business and tries to give the company a different direction. He purchases a watch manufacturing and tries to expand it. These watches are exported with varying degrees of success, but the production is discontinued after four years. Wilhelm Julius Hanhart continues to search for market opportunities and recognizes that in the twenties no cheap stopwatchs are available on the German market. Together with a watchmaker he constructs and fabricates the world's first low-cost stopwatch and in 1924 brings them on the market. The watch and jewelery business is incidentally continued until the death of the founder Johann Adolf Hanhart (1932).

1934 another company is established in Gütenbach (Black Forest). Initially, the first small watches are produced in the basement of the house of his wife Hulda Faller. Soon the company Hanhart has its own production facility in Gütenbach. The stopwatch production is intensified and special versions for different sports are developed. 1938 Hanhart developes the monopusher chronograph caliber 40 named Primus. 1939 the production of the first pilot's chronograph Tachy Tele and of the two-pusher model caliber 41 is started. From 1939 to 1945, the production of watches has to be limited in favor of the production of time fuses for torpedoes. From 1945 to 1948, the operation is shut down by force.

1948 a chronograph is designed specifically for doctors and officers; the model is called “Admiral”. 1962 Hanhart is market leader in mechanical stopwatches.

Today, the company produces not only electronic and mechanical stopwatches but again also exclusive mechanical precision watches, some in limited edition. 1997, the legendary pilot's chronograph 1939 appears in a now-sold-out Special Edition (successor Pioneer Caliber II). 2005 the model M39 appears, which marks the beginning of a new watch model series inspired by the originals from 1939.

2006, the chronograph line around the models Red X and “Red X Red” is extended; furthermore Hanhart resumes and intensifies the reminiscence of its watch history and widens the collection around the model Poseidon.

Foundation of the Hanhart AG, relocation to Switzerland

On January 31, 2008, the Hanhart AG is founded. The company is based in the Swiss Diessenhofen on the Rhine - the original founding place of the Hanhart company.

The business premises of Hanhart AG are only a few steps from the house in which Johann Adolf Hanhart 1882 opened his watch shop. The official launch takes place exactly 126 years after the founding of the company Hanhart - July 1, 2008. At the same time the Gaydoul Group AG, by expanding its participation in the Hanhart Group AG, becomes majority shareholder. 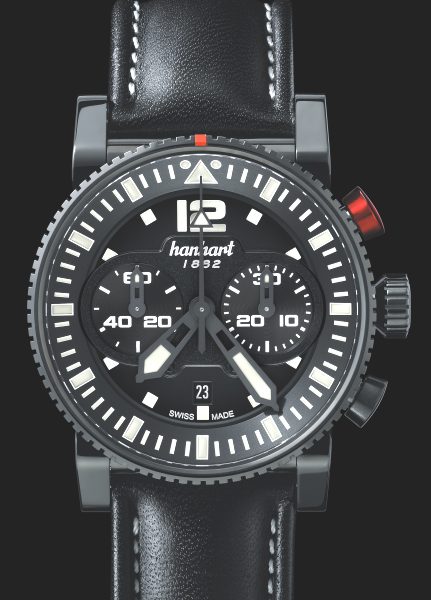 Under the motto German Engineering - Swiss Made 2009, in close cooperation with the company workshops in Gütenbach and suppliers from the Swiss watch industry, a new generation of chronographs is developed, which draw attention with a contemporary, sporty and elegant appearance. As a reference to the history of the company the new collection is called “Primus”.

The models of this series are called “Pilot” (pilot's watches), “Racer” (racing watches) or “Diver” (dive watches). One focusses on clear central features such as

The models in the collection “Pioneer” are based in their design and technology on the long tradition of the chronographs of Hanhart. 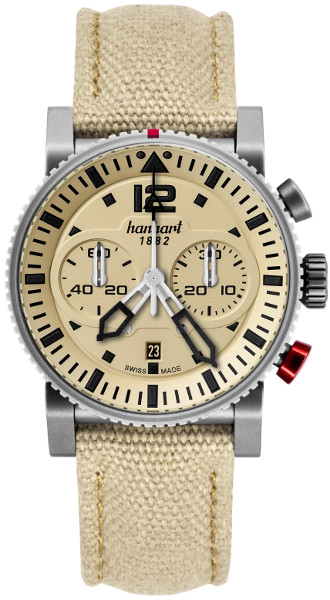 As before, also high-quality mechanical stopwatches, which are manufactured in numerous steps in the manufacture in Gütenbach, represent an important product segment of Hanhart. In earlier films they were used in all major auto racings and are now popular rally companions among ambitious vintage car pilots.