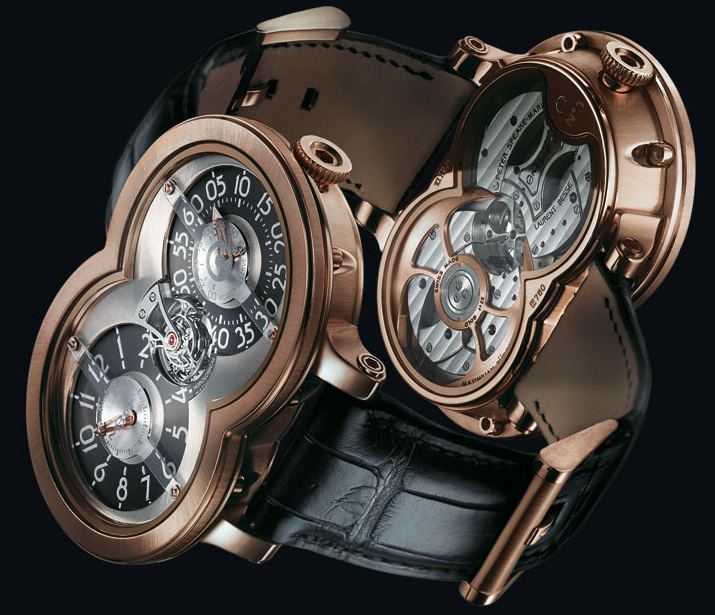 The Horological Machine no. 1 is a watch of very unusual design from MB&F.

Introduced in 2006, the HM1 was the first product of MB&F and established the company's credentials as the preeminent producer of avant garde timepieces. It is at once unique in form and advanced technically, setting the stage for future products from Max Büsser and friends.

Technically speaking, the HM1 is a four barrel watch with two independent dials meeting in a figure eight at a centrally-mounted flying tourbillon. The movement was developed by Laurent Besse and Peter Speake-Marin and is unlike anything previously produced. It features two pairs of barrels, with those on the left automatically wound and those on the right manually wound using the crown. The four operate in parallel, connected through a beryllium gear train and producing seven days of power reserve.

On the dial side are a 12 hour dial on the left and 60 minute dial on the right. The minute-side dial includes a concentric power reserve indicator. The dials “communicate” using an ultra-thin mirror-polished gear beneath each face which is supported by jeweled bearings rather than the central hub.

Just 100 examples of the Horological Machine no. 1 were produced.