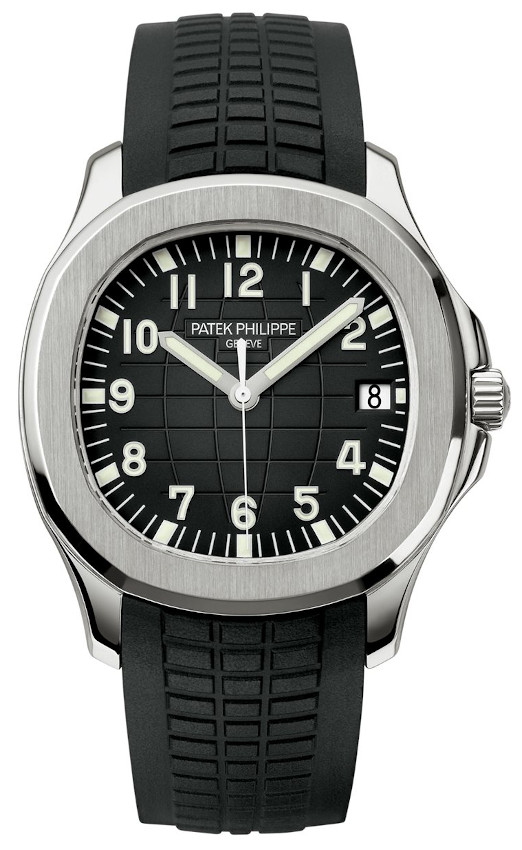 The Aquanaut is a sports watch by Patek Philippe, their most affordable model.

Patek Philipe launched the Aquanaut range in 1997 as a limited-edition lower-priced alternative to the existing Nautilus range, which was no longer selling well. A true sports watch, the Aquanaut features a rugged three-part case and screw-down crown for 120 meter water resistance, the most of any watch with a sapphire caseback at that time.

The first edition was a 1,000-piece limited series, Ref. 5060A and 5060J in stainless steel and yellow gold, respectively. Because it sold out quickly, Patek Philippe released an unlimited model later that year, the "Jumbo" Ref. 5065 Aquanaut, with a 38 mm steel case and rubber strap, a first for Patek Philippe. This was followed by Ref. 5066, which featured the same midsize case as the limited edition model but with a sapphire display caseback added. A quartz Aquanaut (Ref. 5064) and smaller quartz ladies Aquanaut Ref. 4960 and 4961 were launched later. The first-generation Aquanaut was retired in 2006.