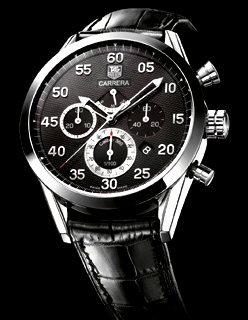 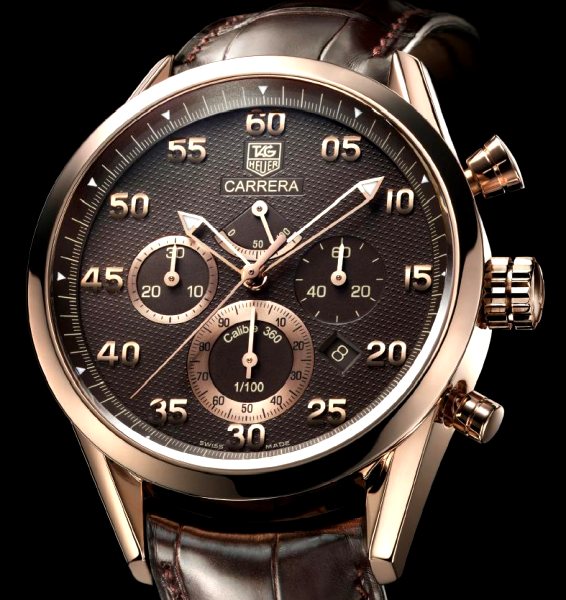 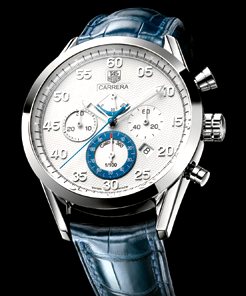 Continuation of the first mechanical wrist chronograph with a precision of 1/100th of a second, which had been introduced 2005 with the concept model Calibre 360 Concept Chronograph.

The Calibre 360 ​​corresponds to a living organism with two hearts 2 escapements that allow a standard rate (28,800 A/h) under normal conditions, as well as an acceleration to top speed (360,000 A/h) in chronograph mode. Such precision requires a movement of more than 230 components, a significantly lighter and downsized balance spring and escapement (26% smaller in diameter than a conventional inertia), and no fewer than three world exclusive patents

The watch was launched in three limited series stainless steel (360 pieces), rose gold (500 pieces), and white gold (100 pieces). She was elected “Sports Watch of the Year” at the Geneva Watchmaking Grand Prix 2006.

Watch models, Chronographs, TAG Heuer models
We use cookies and other tracking technologies to improve your browsing experience on this website and for data collection for personalized ads.More information
tag_heuer_carrera_calibre_360_limited_edition.txt · Last modified: 11.10.2021 16:34 (external edit)