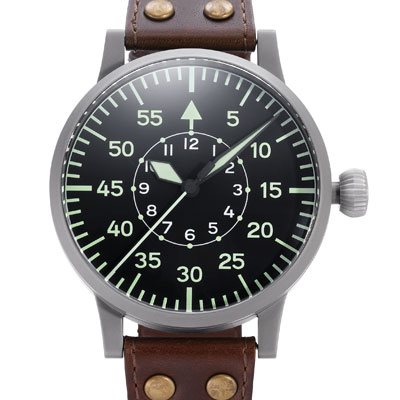 Laco is a German watch manufacturer.

In 1925 Frieda Lacher and Ludwig Hummel founded the company Lacher & Co. (LACO) in Pforzheim. In self-produced cases they built in Swiss watch movements. To make themselves independent also in terms of movements, Hummel in 1933 founded the movement manufacturer Durowe (German raw watch movements), which provided his watch factory LACO completely with its own movements, but was also supplying other factories.

After Ludwig Hummel had left the company, took over Erich Lacher the helm in 1936. In the following years the “Erich Lacher watch factory” assembled the famous aviator watch watches.

Also in the 1940s, Marine pocket watches were produced. In the 1950s and 1960s LACO owed its success to the model Laco Sport. During the quartz crisis, the company moved to the production of promotional watches.

In 1983 Horst Günther took over the leadership. In the sixth generation Horst Günther today is responsible for the company. The current collection is a direct reference to the company's tradition and again provides, inter alia, an aviation and marine series, several pocket watch models and the revised Laco Sport. They are equipped either with quartz or with mechanical movements (for example ETA calibres).