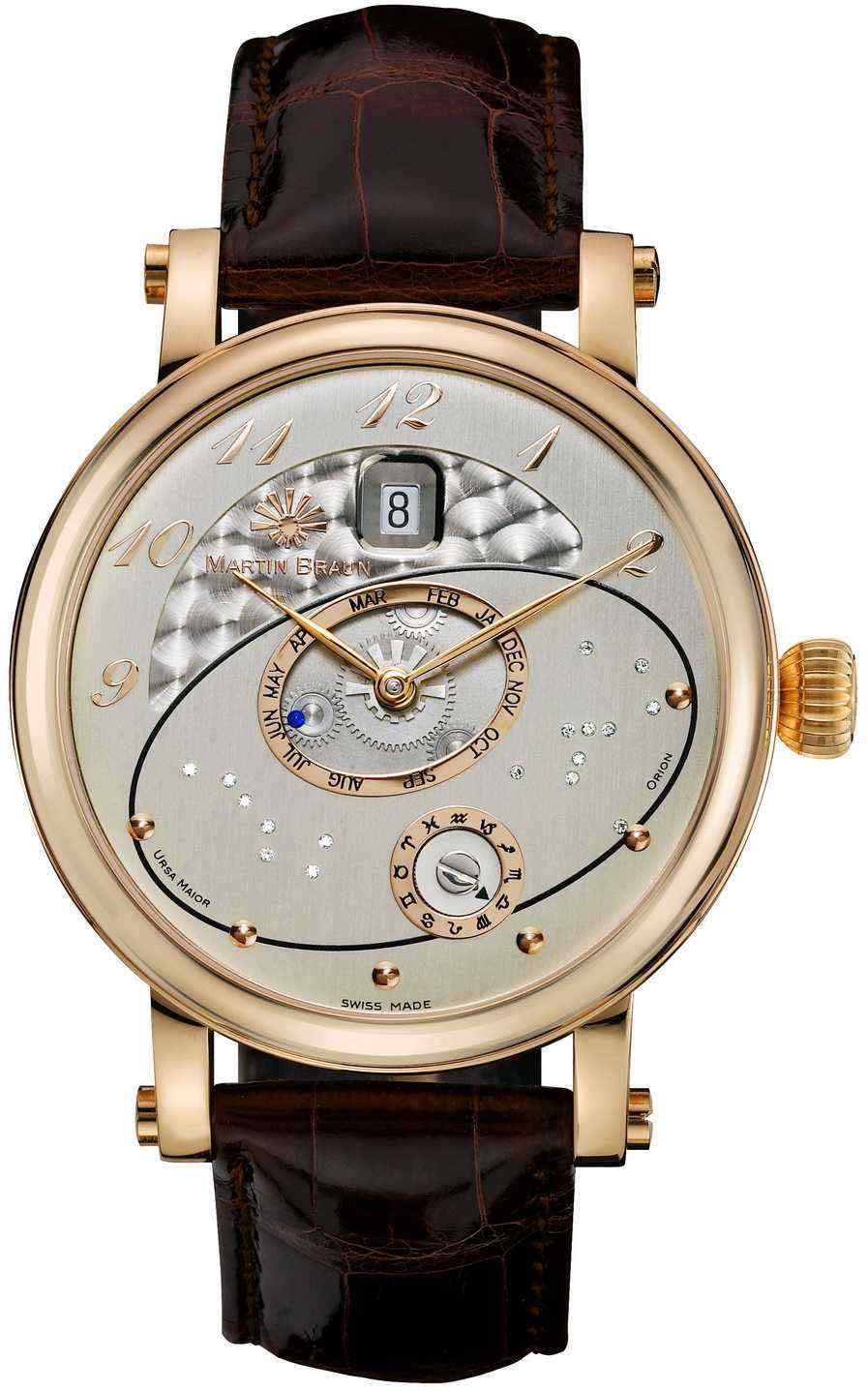 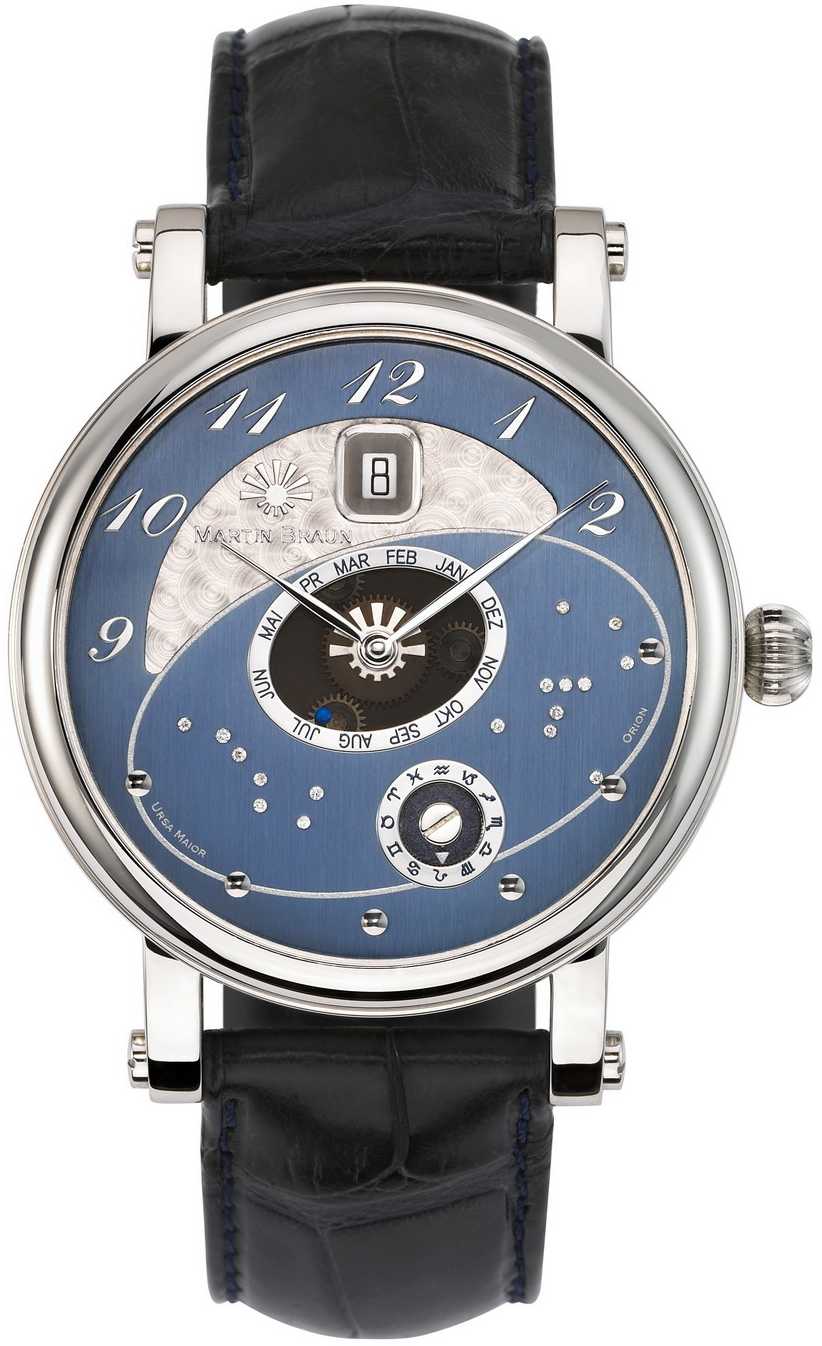 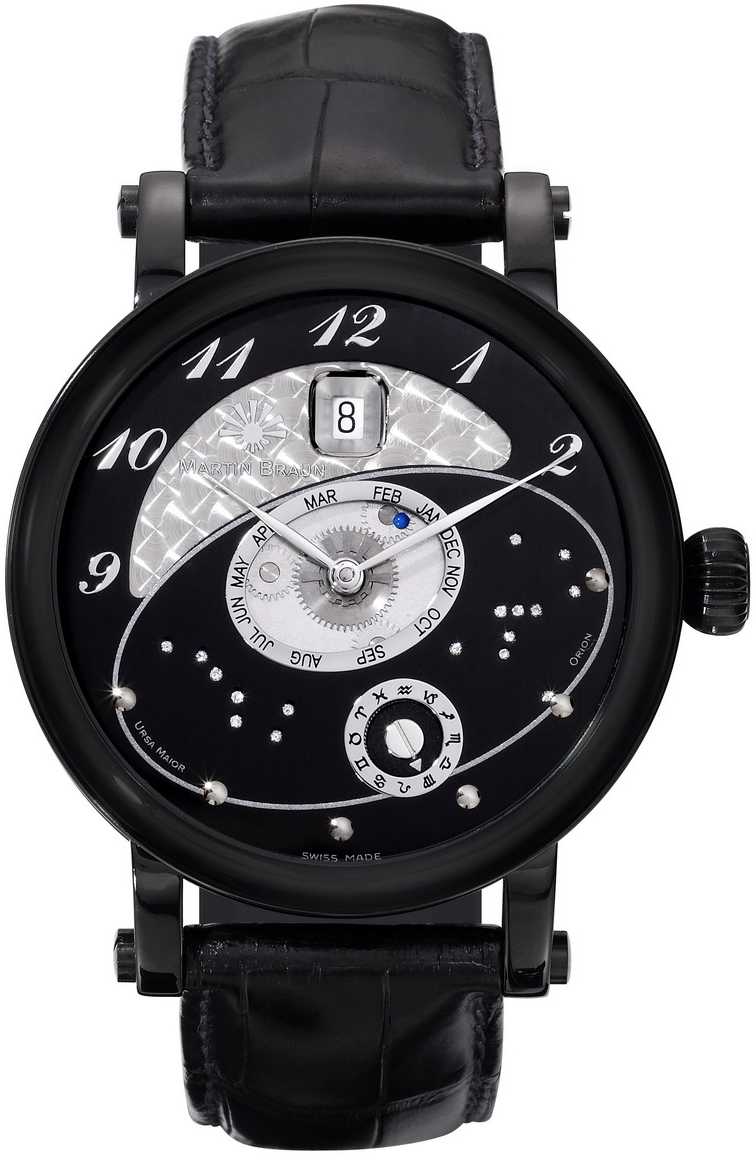 Heliozentric is a wristwatch by Martin Braun.

Astronomical watch with automatic winding, which can display the orbit, the month and the twelve zodiac signs. This watch is available, as usual with Martin Braun, in several versions that differ primarily through the dial and the bezel.

The mechanism for this astronomical complication requires 71 additional parts. In the middle of the dial is the gear symbolizing the sun which makes two full turns per year. On another carrier, there are three thereto coupled gears. To one of them a blue dot is applied which symbolizes the earth. This encircles the central gear once a year counterclockwise in an elliptical orbit and is a reflection of the sun orbiting the earth.