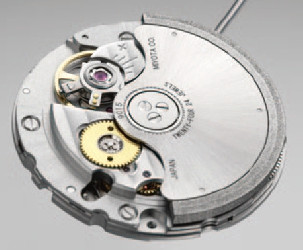 The modern Miyota company was established as a watch movement factory for Citizen Watch in 1959 in Miyota, Nagano Prefecture, Japan. In 1980, Miyota began offering movements for sale to other companies. In 1981, Miyota introduced Cal. 2035, the signature movement for the company and the world's most-produced watch movement, with over 1.7 billion produced in 1999 and 3.6 billion by 2005. By 1986, Miyota had risen to be the top watch movement producer in the world.

Miyota expanded the product line as well, adding analog complications to the quartz base with the multi-function Cal. 6P in 1989 and Cal. 0S chronograph family in 1992. They refined their line in the 2000s, bringing the slim GM/GM family in 2001 and Super 2035 in 2005. The company had long produced the mechanical Cal. 8200 family but added a slimmer Cal. 9000 family of automatic movements in 2009.

The movements of Miyota enjoy a good reputation among professionals and are deemed to be equivalent with traditional Swiss production.