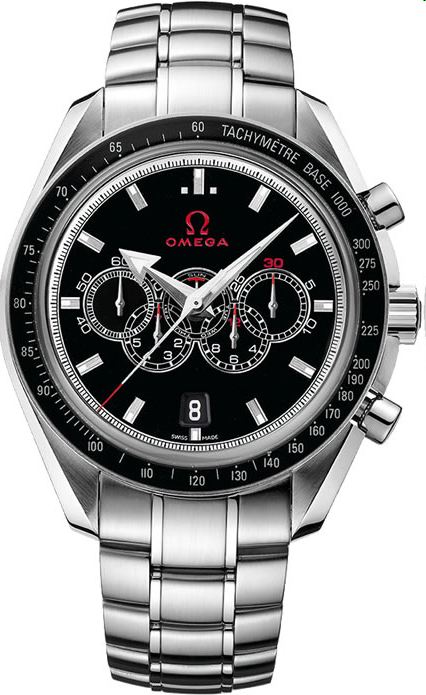 Calibre 3888 (and the similar Calibre 3890) is an automatic Co-Axial chronograph movement from Omega with a novel arrangement of registers.

In 2008, Omega introduced the Omega Speedmaster 5-Counter Chronograph, an automatic chronograph with a highly unusual arrangement of subdials Like the Olympic Rings, five overlapping dials show running seconds, chronograph days, day of the week, chronograph hours, and chronograph minutes. The watch was powered by a newly-designed automatic movement featuring Omega's trademark Co-Axial escapement. It is a column wheel design and is a certified chronometer.

Two years later, Omega released the related Cal. 3890 with the same functions but using a disc and window to display the day of the week rather than a pointer.