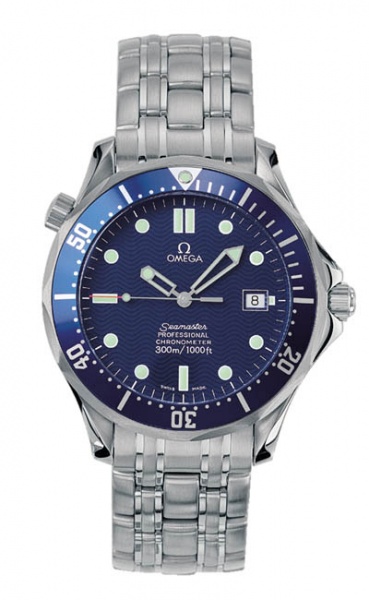 The dive watch range Seamaster exists since 1948. Their models were designed as rugged sports watches. Waterproof, screwed case, the first were equipped with the calibre 28.10 (350) (with small second). Later models had an indirect central second and on the back cover a seahorse was engraved. In the 1960s most Seamaster models hat a monocoque case. Part of the Seamaster range was certified as chronometer.

After models of the range De Ville from 1999 had been equipped with the newly developed co-axial escapement, this low-wear escapement is increasingly used also in the models of the Seamaster range.