Air-King is a brand of less-expensive simple watches produced by Rolex since 1945.

Rolex produced a number of “Air” models during and after World War II, including the “Air-Giant”, “Air-Lion”, and “Air-Tiger”, but it was the 1945 introduction of the Air-King that would leave a lasting mark. These were named to honor the British Royal Air Force, which were enamored with Rolex watches. At the time, the 34 mm case was considered quite large, thus the “Air-King” name.

The first Air-King references appeared in the 1940s and used various hand-winding hunter movements. This included the original Ref. 4925 (and the similar Ref. 4365 which was sometimes given other names) as well as the follow-on Ref. 4499.

In 1953, Rolex introduced the Cal. 1030 Oyster Perpetual Air-King, Ref. 6552. This was the first automatic version and served as a transitional model through that decade.

The truly iconic Air-King reference, 5500, appeared in 1957. It featured all the elements we now know A clean bezel, simple dial and markers, pencil hands, and no complications. Combined with a Oyster bracelet, the Air-King Ref. 5500 would remain a cornerstone of the company's product line for an amazing 37 years. These watches were fitted with the simple and reliable Cal. 1530 (“Super Precision”) or Cal. 1520 (“Precision”). 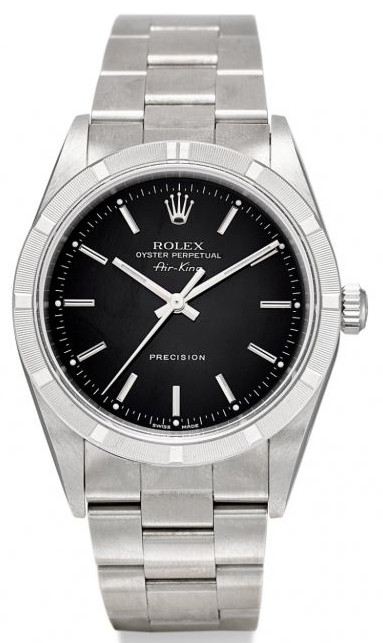 In 1989, Rolex introduced a new Air-King Ref. 14000. This used the company's updated Cal. 3000 but remained the same small, simple watch. One major change was made at this time, however The Explorer-style “3-6-9” dial was made available in addition to the traditional stick markers. An additional reference, Ref. 14010, debuted as well with a decorative engine-turned bezel, highly unusual for the Air-King line. This reference was refreshed as Ref. 14000M in 2000 with Cal. 3130 but remained mostly unchanged otherwise. Some models also featured Roman Numerals inside the stick markings.

The Air-King was updated again in 2007 as Ref. 114200. This time, most models featured Arabic numerals at 3, 6, and 9, and many had numerals at every position except 12. The old stick marker dial was no more, though one with sticks and Roman Numerals remained. Inside, Cal. 3130 brought COSC chronometer certification to the Air-King range. In addition to the decorative engine-turned bezel on Ref. 114210, a new Ref. 114234 added a fluted bezel like higher-end Rolex models. The Air-King name was discontinued in 2014, replaced by a new Oyster Perpetual model.

In 2016, Rolex re-launched the Air-King line with an all-new larger watch for modern times. The new Ref. 116900 shares its case with the Milgauss Ref. 116400, including the inner magnetic-resistant shell and comparatively massive 40 mm dimensions. The dial features the 3-6-9 numerals as well as a highly-unusual 5-10, 20-25, 35-45, 50-55 arrangement between. Unusually, only a single reference is produced, with a black dial. 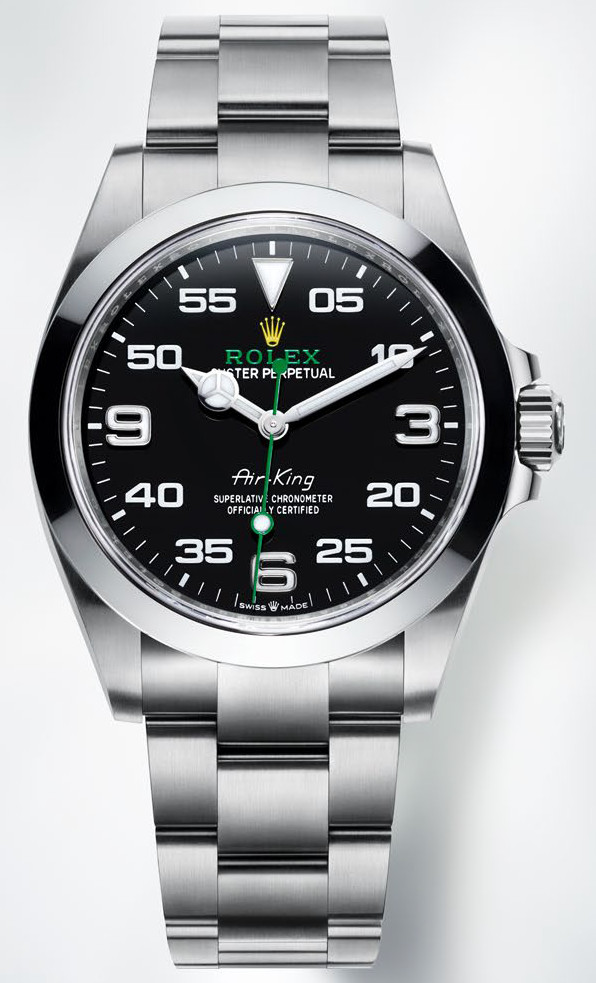 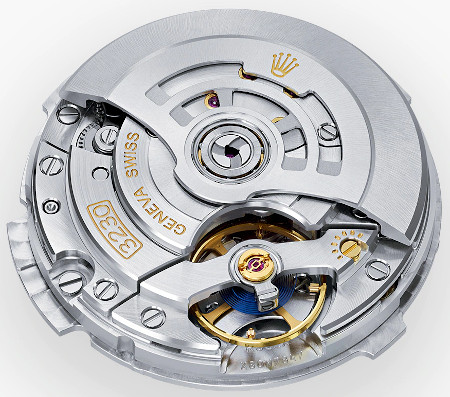 Calibre 3230 incorporates the patented Chronergy escapement, which combines high energy efficiency with great dependability. Made of nickel-phosphorus, it is also insensitive to magnetic fields. The movement is fitted with an optimized blue Parachrom hairspring, manufactured by Rolex in a paramagnetic alloy that makes it up to 10 times more precise than a traditional hairspring in case of shocks. The blue Parachrom hairspring is equipped with a Rolex overcoil, ensuring the calibre’s regularity in any position. The oscillator is fitted on the Rolex-designed, patented high-performance Paraflex shock absorbers, increasing the movement’s shock resistance.