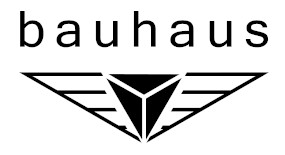 Bauhaus is a German watch brand.

Bauhaus is a sister brand of Junkers, Zeppelin and Iron Annie. The watches are distributed by the same company POINT tec Electronic (Ismaning, near Munich). As the name suggests, the design is based on the principles of the world-famous Bauhaus design concept.

The mechanical movements used in the watches are sourced from Citizen/Miyota or ETA, the quartz movements from Ronda.

POINTtec took over all employees from the watch assembly of its decades-long production partner Gardé Uhren and Feinmechanik Ruhla GmbH in Ruhla, Thuringia, as of August 1, 2019. The listed Bauhaus building, which houses the watch production and the Ruhla Watch Museum, was also taken over. Before the reunification, millions of watches and clock movements were manufactured here by the “VEB Uhrenwerk Ruhla”.