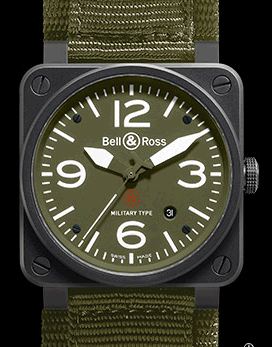 From internship at Sinn to a successful fashion brand

In 1992 the graduate industrial designer Bruno Belamich (“Bell”), together with his childhood friend Carlos Rosillo (“Ross”), a business manager, founded the company Bell & Ross. The company's headquarters is in Paris, the production is in the Swiss watchmaker city of La Chaux-de-Fonds. Bell & Ross specializes in professional tool watches for astronauts, pilots, divers and mine clearance experts. 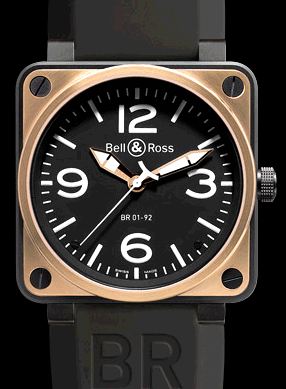 Belamich had begun his watches career in 1993 as an intern at Helmut Sinn, the former head and owner of the Frankfurt watch company Sinn. At Sinn the two let also build their first watches, till they gradually moved to an own independent production.

Meanwhile, Bell & Ross has successfully established itself as a fashion brand. Sensation was caused by the model range BR 01, which is a perfect replica of an aircraft cockpit watch. Likewise, the world's first dive watch Hydromax, which set a world record with a water resistance of up to the maximum possible depth of 11,110 meters.

Today, Bell & Ross is presenting as a diversified company that has established an extensive network of 500 outlets in 50 countries around the world. The specific synthesis of strict functionality with sleek, stylish design has resulted in a stable position within a highly competitive market. Gérard and Alain Wertheimer, owners of Chanel, have an investment in Bell & Ross, which uses their G&F Châtelain production facility. 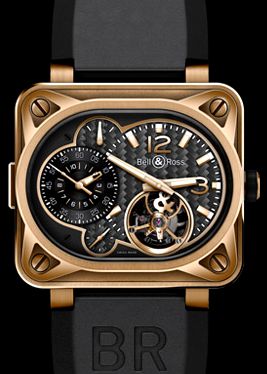 The brand structures its offering in the areas of Sky, Earth, and Sea.

With numerous models in the top luxury segment, including several tourbillon watches, the basic concept of the rectangular BR collection was “pushed to the limits” in many ways. Worth mentioning here are the Minuteur models that combine luxury with avant-garde materials, as well as the black-in-black-colored models with surname Phantom.

Watch brands, Watch brands Switzerland
We use cookies and other tracking technologies to improve your browsing experience on this website and for data collection for personalized ads.More information
bell_ross.txt · Last modified: 11.10.2021 20:44 (external edit)