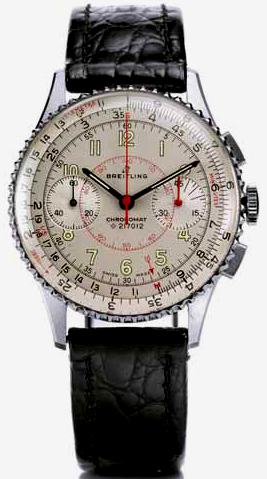 The original Chronomat of 1942
© Breitling

In 1942 Breitling for the first time presented the model Chronomat, a chronograph with a slide rule and manual winding, which was officially introduced at the U.S. Army Air Force. By the way, the name combines “chronograph” with “mathematics” — not “automatic”! —, in allusion to the calculations possible with this wristwatch. 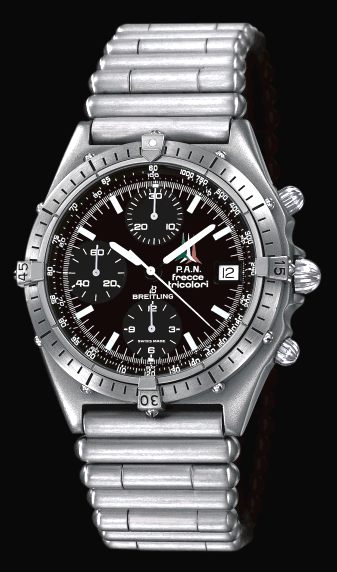 The Chronomat of 1984, which, with its striking appearance, grew very popular among the buyers, has only the name in common with the original model (which shows much more similaries with the slide-rule chronograph Navitimer). It has become the most successful model of the brand. At first glance, its case volume, its bezel armed with riders and the onion shape pushers and crown catch the attention. The watch was developed for the Italian aviation squadron “Frecce Tricolori” and withstands accelerations of up to 20 G. The robust self-winding calibre Valjoux 7750 is used as movement.

On 120th anniversary of the brand in 2004 the Chronomat Evolution was presented, a carefully revised and, matching to the fashion, enlarged model of the legendary classic of 1984.

The range Chronomat belongs to the collection Windrider and among all model ranges of the brand offers the largest number of dial, case material, bracelet and color variants. Furthermore, in addition to the series “Frecce Tricolori”, other special editions were designed and launched for several flight squadrons (see weblinks).

Survey over the Chronomat model range 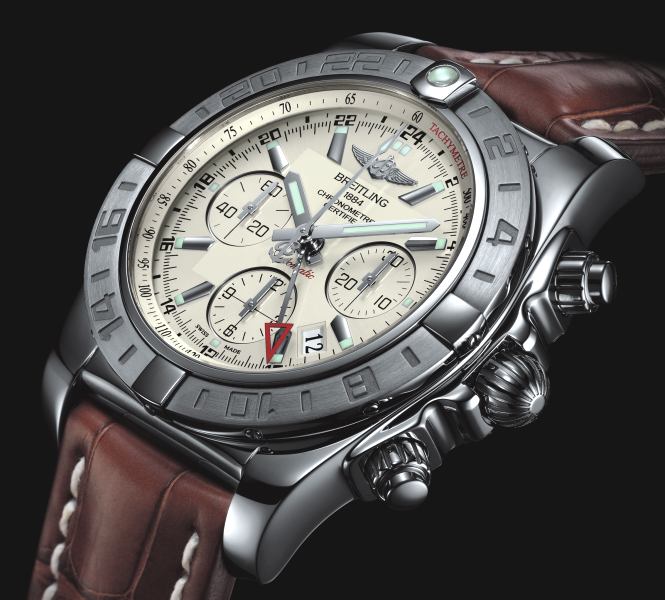