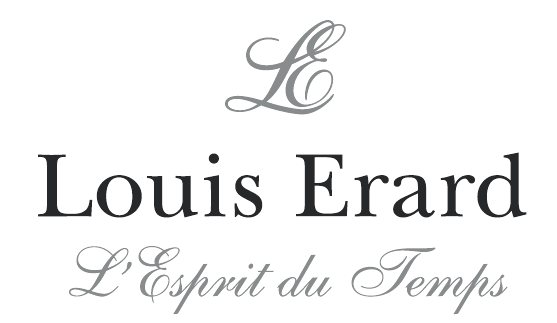 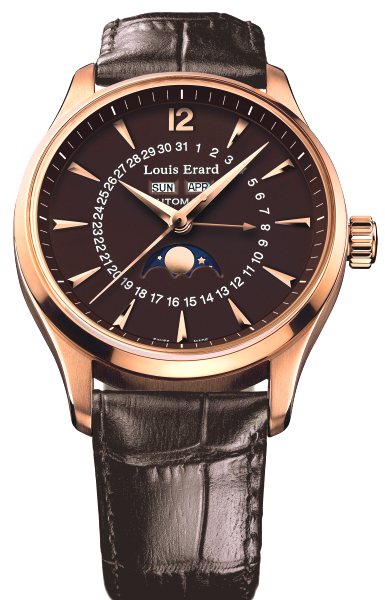 Louis Erard is an independent watchmaker in Le Noirmont, Switzerland. Louis Erard & André Perret was established in 1929 but the current incarnation of the company, focused on the affordable luxury segment, dates to 2003.

The new Louis Erard et Fils assembled and finished watches for better-known brands through the 1950s, launching an in-house brand, Crypton et Golana in 1956. The company gained approval to produce its own watch movements in 1957, and focused on slim movements and ultra-thin watches but was left out of the Swiss mainstream. The company and brand did continue, generally producing fashion watches similar to those offered by other brands.

In 1987, Paul Erard, grandson of the founder, again restructured the company. A new factory was established and the company looked for new clients wanting to produce watches in Switzerland. The company introduced a new line of complicated mechanical watches with traditional styling known as the Louis Erard Newton in 1988 at the Basel Fair. These used a Peseux 7001 base with a power reserve indicator, which was unusual at the time. The company was purchased by the Bölzi brothers in 1992.

A regulator watch with a power reserve indicator at 9 00 was shown at BASEL 90. Called Longue Ligne (“Long Line”), this design remains a signature of the Louis Erard brand to this day. Other contemporary lines included the First Impression quartz and Series 0900 elegant watches. Another unusual model in the 0900 line featured a 24 hour second timezone subdial at 12 00 and power reserve indicator at 6 00. Two more lines were added at BASEL 95, the rectangular Carrera and curved Rencontre.

Louis Erard was the manufacturer of the Rodolphe line of watches created by designer Rodolphe Cattin in 1997. The two firms remained closely associated and exhibited together at Basel in the 1990s. Another notable product in those years was the Renaissance chronograph which used a re-creation by Rochat of the classic Valjoux 88 movement and was offered in a solid 18k gold case.

In 2003, the Louis Erard brand was purchased by Alain Spinedi and private investors and moved to new premises in Le Noirmont. Spinedi had formerly worked at Swatch, Tissot, and Sector and saw an opportunity for a more affordable Swiss offering. The company would focus on the affordable luxury segment of the market, between CHF 600 and 2000 at the time. The company was reportedly profitable by 2007, with 50,000 watches produced in just a few years.

The product range was similar but prices were reduced by focusing on steel cases and using the less-expensive Valjoux 7750 chronograph movement, for example. Still, the “Réserve de Marche” was a signature complication on the Peseux 7001 base. The model line was anchored by 1931 at the high end, the classic Heritage family, sporty Move range (now called La Sportive), trendy retro Carrée with rectangular cases, and Montres pocket watches. An unusual offering later in the decade was known as Les Asymétriques, with the dial offset from the center of the oversized case.

The modern Louis Erard brings Swiss production and quality to the affordable market. Signature elements include the power reserve indicator, regulator, and skeletonized dials. The company's Excellence line, launched in 2011, started a move slightly upmarket, which was solidified later in the decade as low-priced and quartz offerings were eliminated. Although successful in Europe and the Middle East, Louis Erard lacks distribution in China and the United States, relying only on Internet sales there.

Perhaps the most successful initiative for the Louis Erard brand was the 2019 introduction of limited edition collaboration models. The first was with designer Eric Giroud, who had previously worked with MB&F and on an Harry Winston Opus watch. Next was a collaboration with famed artist and designer Alain Silberstein, which was a finalist for the GPHG award in 2020 and quickly sold out. Then came an offering with AHCI watchmaker Vianney Halter which was one of the most popular offerings of the second half of 2020. Although limited and difficult to get, these established Louis Erard as a “must-have” brand for watch enthusiasts. This new renaissance of the brand was assisted by Manuel Emch, formerly of Jaquet Droz and Romain Jérôme.