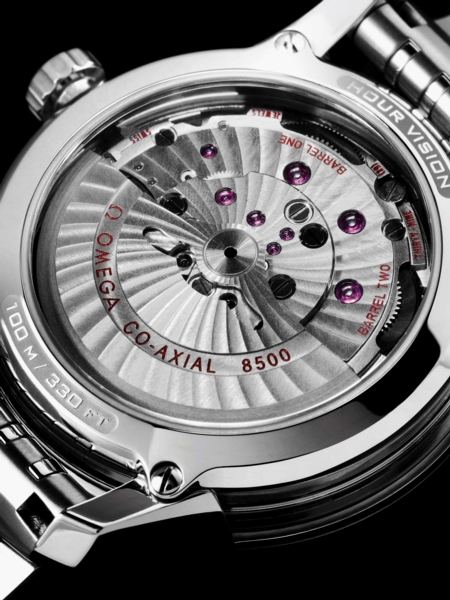 The Omega 8500 is a mechanical movement with automatic winding, co-axial escapement and two barrels. Power reserve is 60 hours. At the calibre Omega 8501 rotor and balance bridge are made in 18ct red gold.

This was the first second-generation Co-Axial movement from Omega. Unlike the earlier movements, which were essentially modified ETA movements, Cal. 8500 was designed from the start to have a Co-Axial escapement.