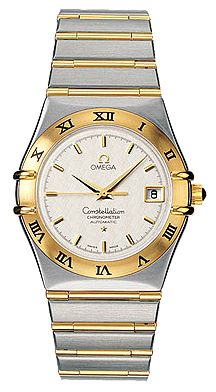 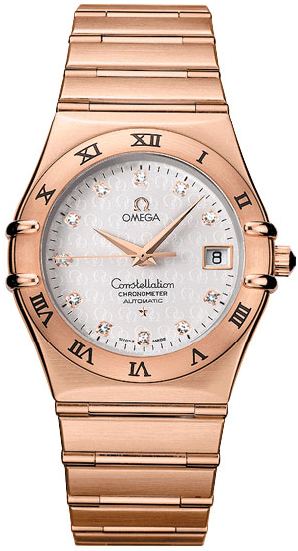 Constellation is a line of watches from Omega, originally their top dress watch line and equipped with a chronometer-grade movement.

Omega had produced high-end dress watches for decades, but the 1948 Century chronometer was a true achievement for the company. Celebrating Omega's 100th anniversary, the Century sported a bumper automatic movement with chronometer precision. Although not intended for serious production, the Century caught on with Omega fans and the company set about creating a full-production model.

The Constellation was introduced in 1952 to follow the Century and capitalize on Omega's chronometer movements, which set records in Geneva in 1951. The eight stars on the dial represented Omega's chronometer achievements in the last 20 years, including a “sweep” of every category in 1931.

In the 1950's, Omega developed different standards of finish for the Constellation line

The late 1960's and 1970's saw a diversification of the Constellation line, with square cases, an “Integral” line with a integrated bracelet and case, and many others. Quartz Constellation models followed in the 1970's as well, including a Marine Chronometer version which remains the only watch ever to be certified as a marine chronometer.

In 1982, Omega introduced the Constellation “Manhattan” with its signature “griffes” or claws on the bezel. These originally helped to keep the crystal in place but became a famous design element that remains associated with the Constellation to this day.