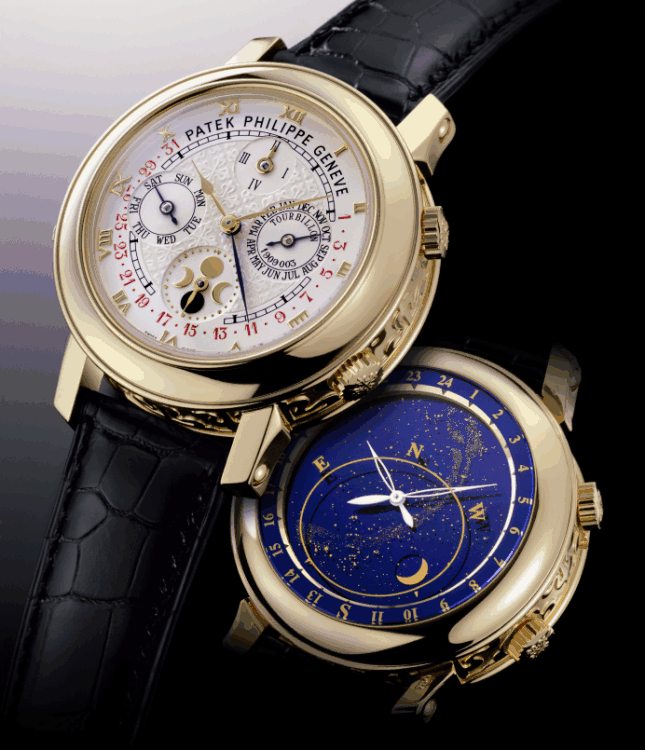 Astronomical wristwatch with manual winding and tourbillon by Patek Philippe

This is the most complicated wristwatch in regular production by Patek Philippe up to 2001 and the first wristwatch of the manufacture with double-sided display. The movement consists of 686 components, which are finished and mounted by hand. It has an official chronometer certification from the COSC.

Due to the high production expenses only two pieces per year are produced. The edition in platinum costs 990,000 Swiss francs, the gold edition 950,000 (former prices).