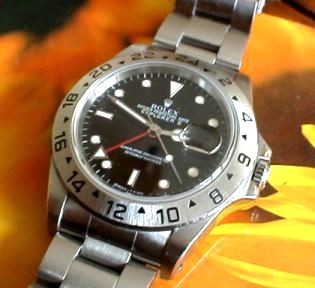 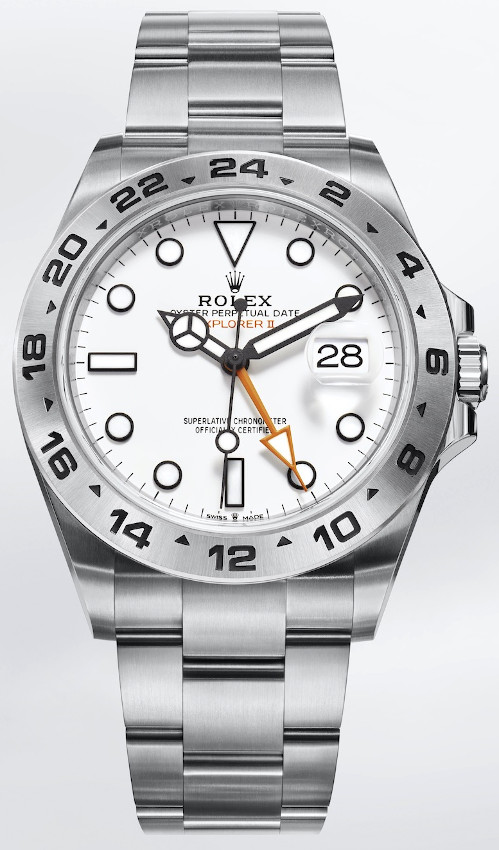 The Explorer II is a sports watch produced by Rolex since 1971.

The Rolex Explorer II was presented by Rolex in 1971 as an addition to the 1954 model Explorer I. It features an additional 24-hour indication that can also be used as a second time-zone. This 24-hour indication, among other things, has been designed with regard to professional cavers, for whom a reliable temporal orientation independent of the outside world is of the utmost importance. Accordingly, at the design of the dial a special emphasis was put on excellent readability, even in the dark.

In contrast to the GMT-Master or the Submariner, here the bezel does not rotate, but is fixed and has a scale of 24 hours. The watch is optionally available with a black or a white dial.

The initial Explorer II, Ref. 1655, was produced until 1984. It featured Cal. 1575GMT, like the similar Rolex GMT-Master, and a 39 mm case. The orange-tipped 24-hour hand is the signature feature; although later models had a red hand, these too faded to orange over time. This model is also sometimes called the “Freccione” (“Arrow” in Italian) or “Steve McQueen”, even though there is no evidence that the actor wore this model.

A transitional model Explorer II, Ref. 16550, was produced from 1985 through 1988. It is similar to the previous model but uses the new Cal. 3085 with an adjustable GMT hand from the Rolex GMT-Master II. The case is larger as well, at 40 mm.