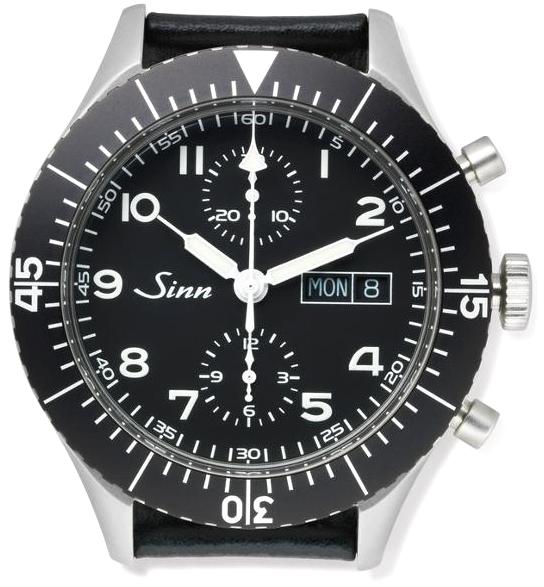 The 155 Pilot Chronograph is a wristwatch by Sinn.

This excellent to read pilot's chronograph belongs to the range of the Bundeswehr (German military) chronographs, which started in 1967 with the legendary model Heuer Bundeswehr.

After Heuer had not continued the model, Helmut Sinn in the 1980s and 1990s bought discarded stocks of the Bundeswehr and after revision sold them again. Some of these watches he provided with dials showing the “Sinn” lettering. The model Sinn Fliegerchronograph 155 is understood as a continuation of the original Heuer model. Instead with manual winding movement it was now equipped with the proven and robust self-winding movement Valjoux 7750.

This edition was limited to 300 pieces and exclusively sold by the German dealer Manufactum.