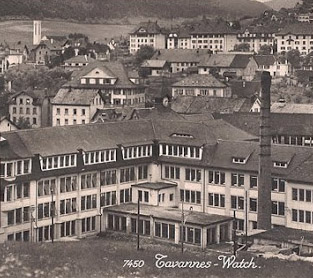 Tavannes Watch Co. (usually called Tavannes) was a Swiss watch company founded in 1891, defunct by 1966, and resurrected in 2008.

Watchmaker Henri Sandoz founded his namesake watch company, Henri Sandoz and Co., in Le Locle in 1870. He left the company in 1891 and founded a new company in the small town of Tavannes in the Canton of Bern. This company, officially named Tavannes Watch Co. SA, produced watches, watchmaking machinery, and other specialized machines.

Tavannes soon struck a distribution deal with Schwob Frères of La Chaux-de-Fonds. Many Tavannes models were sold using the Cyma brand, with sales rapidly rising from 1900 through the 1950's. By 1938, Tavannes boasted that it was the 4th largest watch manufacturer in the world, having sold over 30 million. At that time, they were employing over 3,000 skilled watchmakers to produce around 4,000 watches per day. 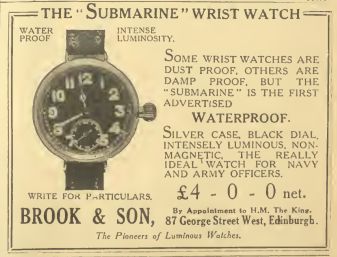 During WWI, the Tavannes Watch Co was approached by two British submarine commanders to consider the construction of a watch suitable for work on submarine decks awash in water. This watch was supposed to be water-tight, non-magnetic, and the balance wheel had to be of a material which shows a minimum of expansion and contraction with variations in temperature. The face had to be legible at all times. In 1917 was born the first waterproof wrist watch made by the Tavannes Watch Company.<br style=“clear left”>

Tavannes was an early producer of wristwatch-specific movements, introducing small calibres in the 1910s just for this purpose. It supplied many major manufacturers, including Jaeger-LeCoultre, Dunhill, Hermes, and Cartier. Tavannes' movement manufacturer was called Lisica SA, and many watches use this name instead.

One innovation from Tavannes was a belt buckle watch for the English King Edward VIII. This led to the creation of other “captive” watches for belt or desk, and may have inspired the iconic Jaeger-LeCoultre Reverso which used a Tavannes movement. Hermes and Cartier marketed the belt buckle watch as “La Captive”.<br style=“clear left”> 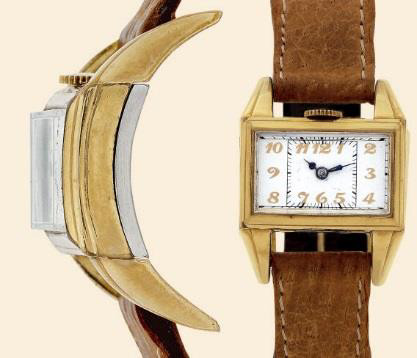 The two greatest mechanical inventions of the twentieth century are most likely fine mechanical wrist watches and automobiles. In the early 1930's clocks were created for use in automobiles. At that same time Tavannes created the driver's watch. The watch was designed to be worn on the side of the wrist as to tell time while driving.<br style=“clear left”>

By 1966, however, production had stopped. Swiss watch giant ASUAG adopted both the Cyma and Tavannes brands under their Chronos Holding company that year. 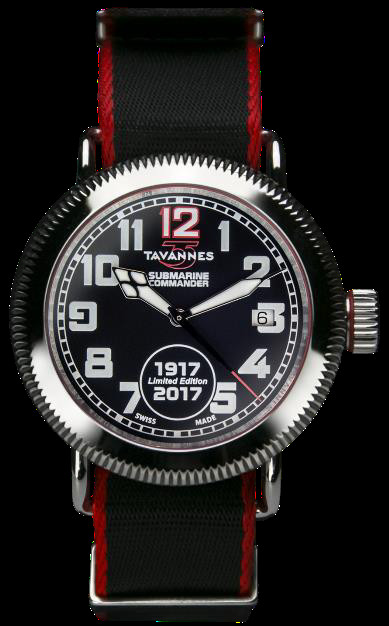 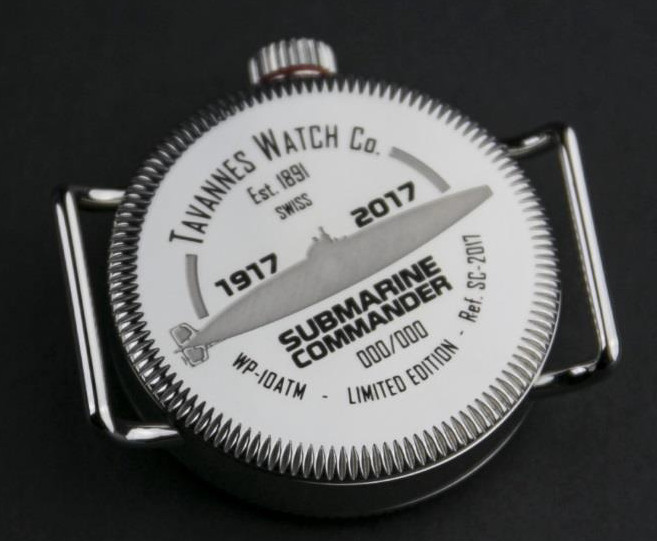 The Tavannes brand was revived in 2008, once again located in the town of Tavannes. The company seeks to restore its original values of quality, innovation, and originality as a family business. The company's lineup now includes historic models in the vintage style.

During World War I, Tavannes was approached by two British submarine commanders to construct a watch suitable for use on submarines. It was waterproofed for use on the deck, antimagnetic, and resistant to temperature changes. The resulting “Submarine” wrist watch of 1917 was recalled in a 2017 edition featuring the historic look of wire lugs, oversize Arabic numerals, a knurled case, and oversized screw-down crown. Inside is an automatic movement, and the anti-magnetic case back and dial are marked “1917-2017”.

Tavannes is also recalling the original “Belt Watch” of 1928 with a new 2018 edition that can be worn on the wrist, as a belt, or as a desk watch. In 2019, the company promises a new dive watch that recalls their 1930s original, worn on the side of the wrist with a steeply curved case.