Cartier is a Paris jewelry and watch company, currently one of the Jewellery Maisons of Richemont.

Foundation of the Company

In 1847 Louis-François Cartier takes over the jewelry workshop of his master, Adolphe Picard, at 29, rue Montorgueil in Paris. A year ago he, the descendant of a powder horn maker, had become master jeweler and had registered his trademark, the famous heart between the initials L and C surrounded by a diamond.

1853 Cartier is accessible for private clients at the 5, Rue Neuve des Petits Champs.

1856 makes Princess Mathilde, niece of Napoleon I. and cousin of Emperor Napoleon III., her first purchase at Cartier.

1859 he also adds antique pocket watches to his range. When in 1872 his son Alfred enters as a partner, the trade with new watches is systematically expanded. Apart from pocket watches under their own name also timepieces from well known luxury companies are resold (Vacheron & Constantin since 1893, after 1900 Audemars Piguet).

1898 Alfred's son Louis joins the company, which then trades under the name Alfred Cartier & Fils. The business is transferred to the famous Rue de la Paix in 1899, where it still is today.

The ingenious designs of Louis Cartier

While the focus predominated on jewelery and jewels during the first two generations, Louis Cartier proves as a lover of the art of watchmaking. During his fruitful activity he is able to give the industry an entirely new impetus. His imagination, his unsurpassed sense of style and the clear consequence of his designs raise his watch creations clearly out of the box of available products. His ideas become design classics, which effortless survive the superficial trends and fashions and in their inimitable way have long since become timeless milestones.

First Louis Cartier expands the company offer with pendulum clocks, which are also produced in-house. Lots of beautiful luxury models in the style of art déco date from this period. He also addresses the genre of the early wristwatches , which at that time, in an age when men generally wore only pocket watches, were totally new and unusual. Already before 1900 some luxury models are produced, followed by the famous classics Santos (1906), Tank (1917) and Pasha (1932). 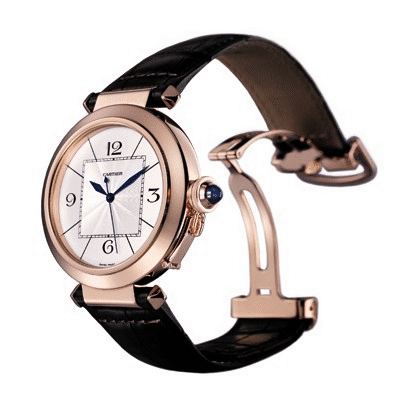 Cartier is one of the few jewelers, who produce platinum jewelery. Not least because of this he becomes the most famous jeweler of the turn of the century and supplies kings and tsars, industrialists and nobles from the Far East.

In 1902 Cartier opens a branch in London in the 4 New Burlington Street and provides jewels and objets d'art for the Royal Family. In 1908 the opening of a Russian branch in St. Petersburg follows. In 1909 Pierre Cartier, a grandson of Louis, opens a shop on Fifth Avenue in New York, after he had married a very wealthy American industrialist's daughter.

In 1912 Louis Cartier designs a miraculous movement Les Pendules Mysterieuses. The hands of this clock seem to hover on a crystal glass without visible connection to the movement. Later, out of this invention will emerge countless variations Modell A, Pendule Ecran, Chimeres, pocket watch Mysterieuses, and the famous Portiques models.

1904 the company receives the first awards by King Edward VII and King Alfonso XIII from Spain. In the same year dies Louis-François Cartier. Alfred Cartier died in 1925, Louis Cartier in 1942.

The company experiences a time of crisis and after the death of Pierre Cartier (1965) is no longer family owned. It falls apart into three separate businesses. Only in the 1970s begins the re-emergence as Cartier Monde under the direction of Robert Hocq and Joseph Kanoui. In 1974 the new concept “Les Must de Cartier” is developed by Robert Hocq and Alain Dominique Perrin, which opens Cartier to a young generation. In 1978 with the newly launched Santos de Cartier for the first time appears a watch, where gold and steel are combined to a design unit. Under the direction of Micheline Kanoui, the wife of Joseph Kanoui, the jewelry range of Cartier gains new strength.

In 1979 Robert Hocq dies in an accident and Joseph Kanoui is appointed president of Cartier Monde. In 1988 the company acquires 60% of the Swiss watch manufacturers Baume & Mercier and Piaget respectively. The group of companies, to which other well-known luxury goods manufacturers are coming, in 1993 becomes the Vendôme Luxury Group .

Today, Cartier belongs to the largest jewelry companies in the world and sells, beneath watches and jewelery, also exclusive perfumes, lighters, leather goods and writing utensils. In 1997 the Vendôme Luxury Group, including the brands therein, merges into the Richemont Group. 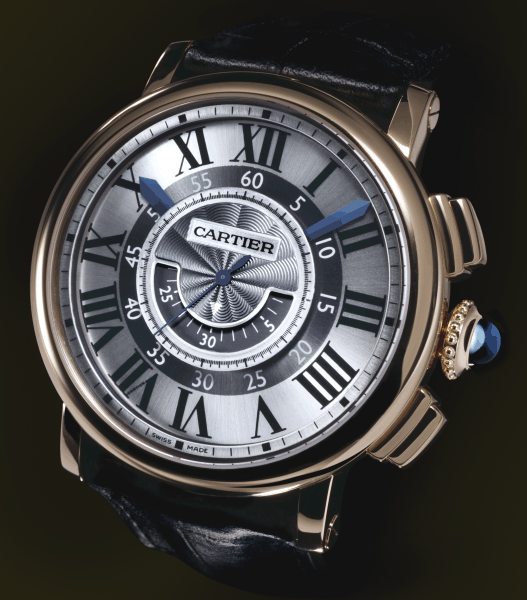 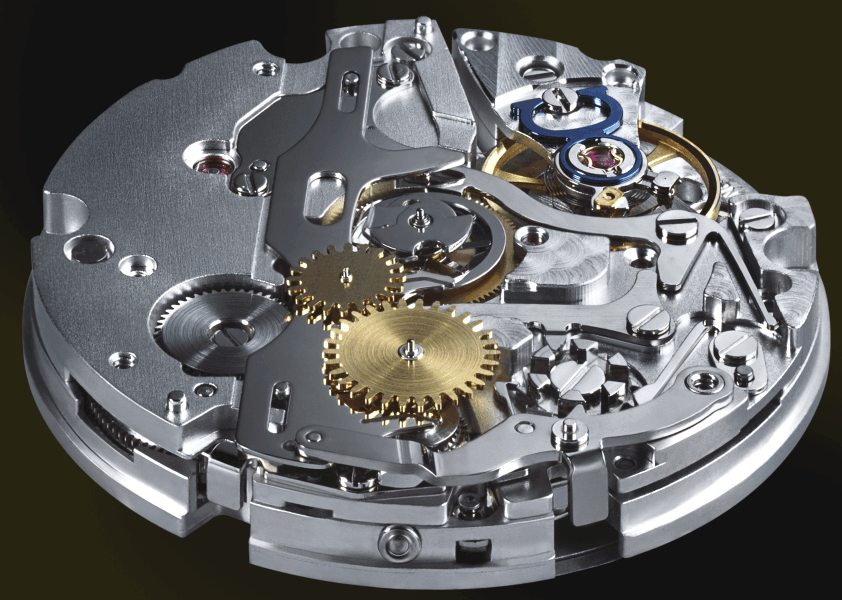 In 2007 the Richemont Group took over the production of the Geneva manufacture Roger Dubuis and by this also 28 exclusive movements of the manufacture. In addition to the workshop in La Chaux-de-Fonds, Cartier has now studios in Geneva, the metropolis of watchmaking at the Lake Geneva. This allows a number of new movements to be certified with the prestigious Geneva Seal.

Meanwhile, Cartier goes its own way towards high-quality manufactury calibres. At the SIHH 2009 one proudly presented even four self-developed movements, including such complex constructions as the 9452 MC with flying tourbillon, the column wheel chronograph movement 9431 MC with tourbillon or the mono-pusher chronograph movement 9907 MC. In 2010, Cartier introduced a double-barrel, automatic calibre 1904 MC in the Calibre de Cartier.

In parallel with these innovations were presented new luxury watch models, powered by these exclusive calibres

So the brand offers not only optical luxury, but also high intrinsic value, which must impress any designated watch connoisseur.