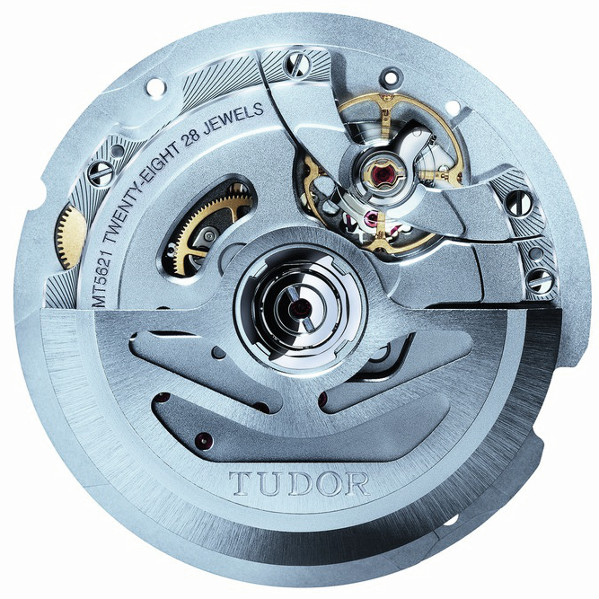 Tudor traditionally used movements from major manufacturers, chiefly ETA in modern times, as a differentiator from parent company Rolex. Beginning in 2015, the company began producing a line of “Manufacture Tudor” movements for certain models. These are based on Rolex technology, and include that company's silicon hairspring technology, full balance bridge and free-sprung Microstella balance wheel.

Cal. MT5621 was the first Manufacture Tudor movement and features a power reserve indicator at 9 00. Most other features are more common, including central seconds, and a conventional date wheel. The specs of Cal. MT5621 are identical to the smaller Rolex 3255 in the Rolex Day-Date 40 introduced at Baselworld in 2015. Cal MT5621 is finished in a simple “industrial” motif rather than with elaborate anglage or finishing.

Cal. MT5621 was used in the following models