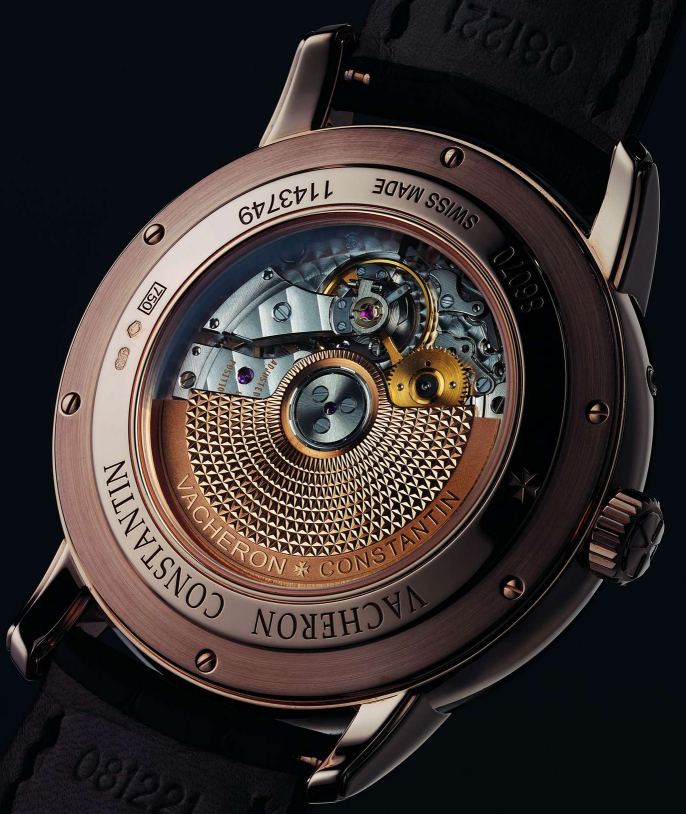 Within the series Métiers d'Art Vacheron Constantin presents the limited edition “Les Masques” as a three-year collection of 25 sets of four watches, each for a different continent are America, Asia, Africa and Oceania. The pictures on the dial show reproductions of works of art from the collection of Jean Paul Barbier-Mueller. This counts more than 7,000 artifacts from a variety of ancient cultures and civilizations in human history and is now the world's largest private collection of primitive art.

Each watch is equipped with a mechanical self-winding movement (Calibre VC 2460 G4; Geneva Seal). Measured are hours, minutes, day of the week and date without hands, but by four windows arranged around the mask motif. Each of the four cases is made of a different material.

The edition of 2008 is the second collection and includes masks from Mexico, Japan, Gabon and Papua New Guinea.

Due to the clever game of transparency in conjunction with a special glass processing, each miniature sculpture seems to float in space. In addition, short prose poems in gold numerals from the pen of Michel Butor orbit each sapphire dial in the form of an endless spiral. Mysteriously they appear only in a certain light.