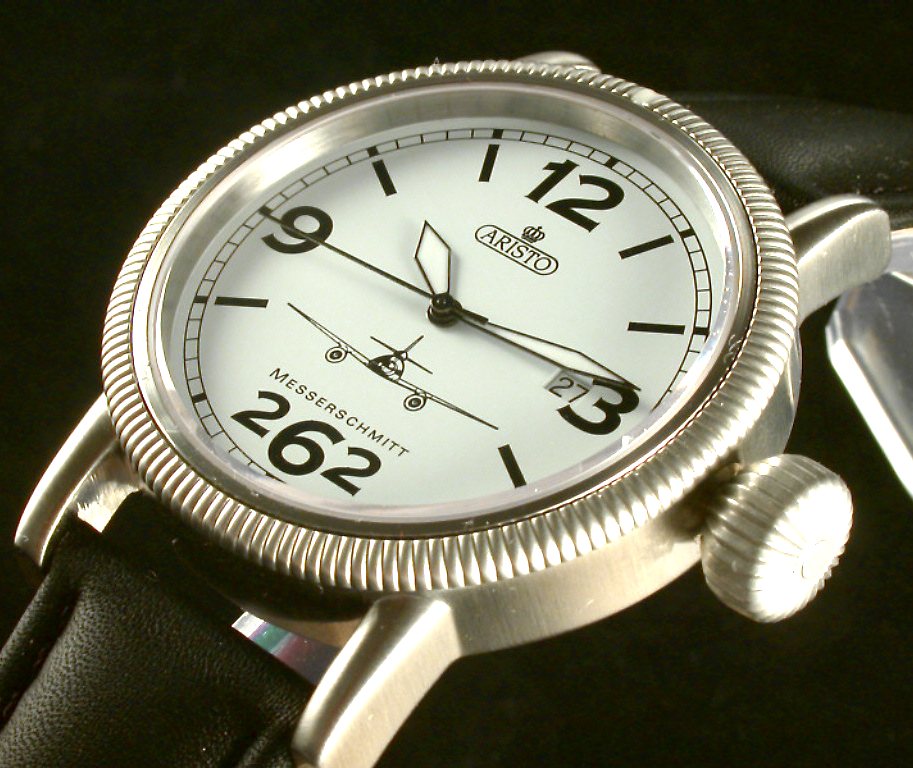 Aristo is a German watch manufacturer.

The Aristo Uhren- and Uhrgehäusefabrik (Aristo watches and watch cases manufacturing) was founded in Pforzheim in 1907 by the watchmaker Julius Epple. In 1998 Helmut Epple, the grandson of the founder, appointed the watch designer Vollmer as his successor. In 2005 Vollmer fusioned the development of Aristo and his own family business, the 1922 established watchband manufacture Ernst Vollmer, and founded the Aristo Vollmer GmbH.

Today Aristo offers unusually low-priced watches of the type pilot's watch, dive watch and sports watch, as well as the motorsport series Aristo Timing. The watch range “Messerschmitt” reminds with its models of the legendary airplane brand of the same name. The range “ME 262” is dedicated to the, at that time, best military aircraft in the world. The Messerschmitt Me 262 was the first such airplane with jet propulsion.

With the self-winding movement Aristomatic SW 200, Aristo becomes independent with regard to movement manufacturing. This calibre is produced at the ebauche movement manufacturer Sellita Watch S.A. in La Chaux-de-Fonds and represents an improved version of the ETA 2824-2.