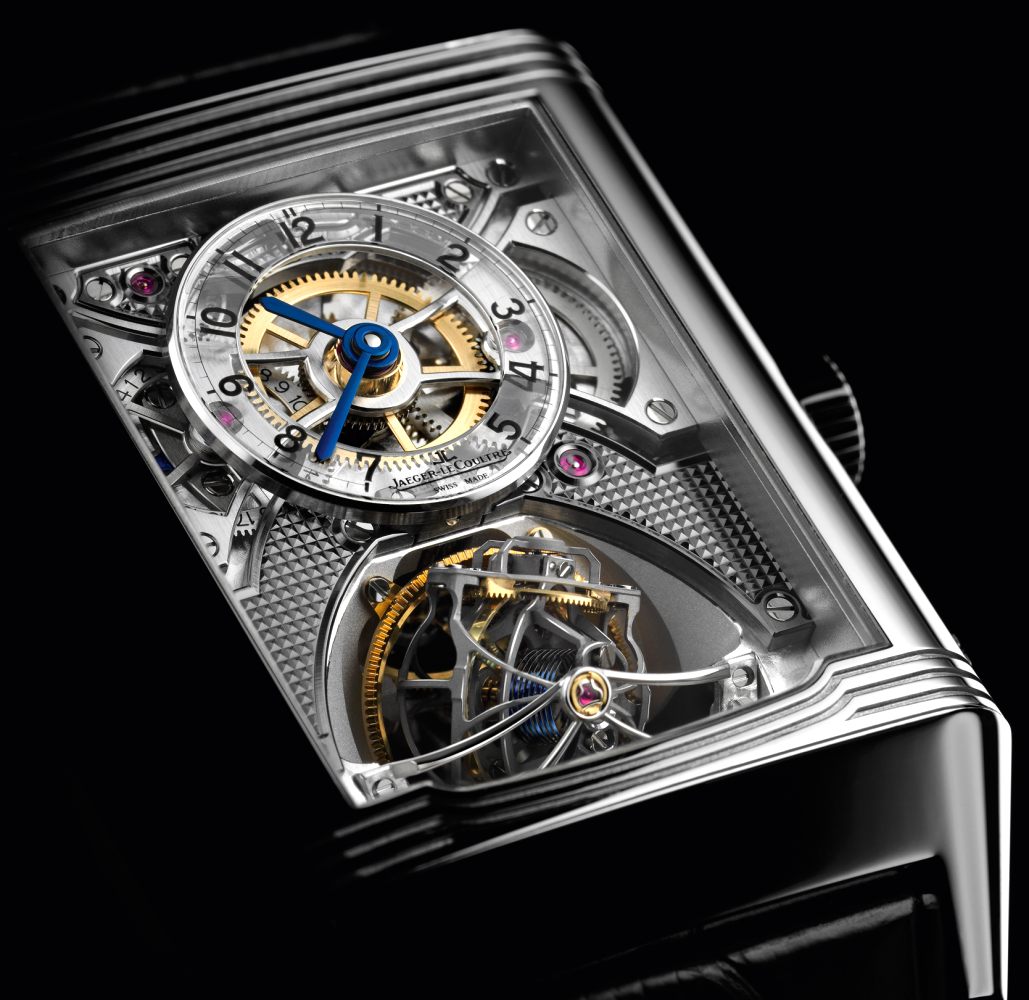 Gyrotourbillon (and the related Spherotourbillon) is an elaborate watch movement from Jaeger-LeCoultre in which a tourbillon rotates on two different axes. 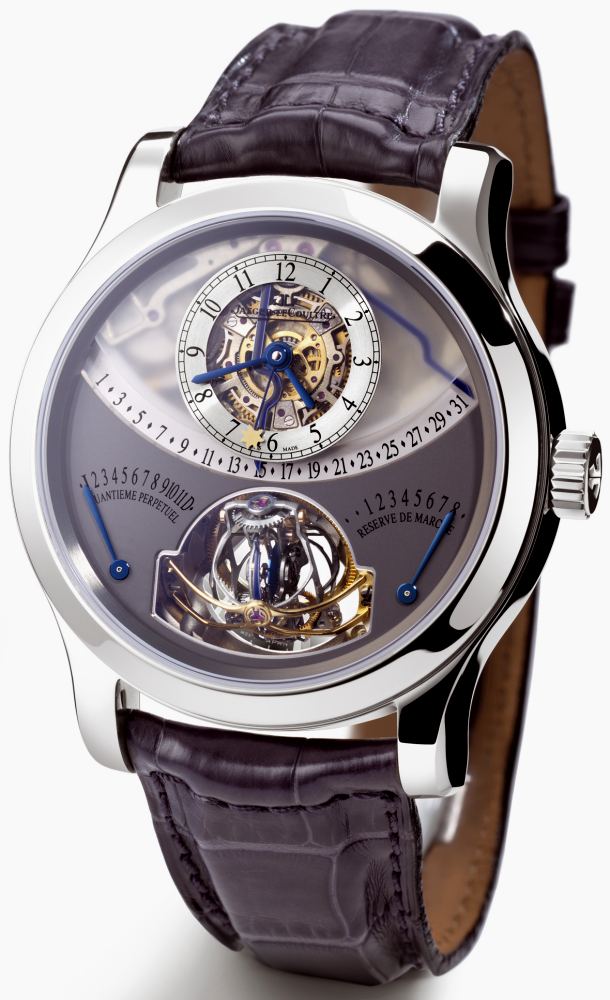 A tourbillon movement is designed to rotate the balance to compensate for the effects of gravity. However, a single-axis tourbillon only performs this function then held parallel to the axis. This was effective in a pocket watch, which usually rested vertically in a pocket, but serves no purpose in a wristwatch resting flat, perpendicular to the axis of rotation.

In 2004, Jaeger-LeCoultre introduced a spherical dual-axis tourbillon which solved this problem by rotating the tourbillon cage itself. Known as the Gyrotourbillon, this was a complex and beautiful mechanism showcased in a number of high-end watches. The original Gyrotourbillon spherical outer cage rotated once per minute, with the inner cage mounted perpendicular and rotating once every 24 seconds.

Jaeger-LeCoultre brought the 2-axis tourbillon to a wider audience starting in 2012 with the Spherotourbillon. Like the Gyrotourbillon, this is an inclined tourbillon movement with two axes of rotation. But the movement was simplified and refined to be smaller, use fewer components, and be easier to construct and service. The tourbillon is mounted to a gear set at a 20 degree angle to the movement plate. The tourbillon rotates every 30 seconds, while the inclined axis rotates every 15 seconds. It also uses a cylindrical balance spring like the Gyrotourbillon 2. The initial Duomètre Sphérotourbillon model also included flyback hacking seconds operated by a reset pusher.

In 2016, another Reverso appeared The Reverso Tribute Gyrotourbillon is entirely different from its predecessor with a smaller Gyrotourbillon lacking the spherical cage entirely. A hemispherical balance spring appears again, and the inner cage now rotates at a quick 12.6 seconds. The balance is designed to resemble the “JL” anchor rather than a wheel.

The Gyrotourbillon 3 returns to a 24 second rate for the inner cage but is a flying design with no upper bridge. It also uses a spherical balance spring, the first ever devised.

Watch videos, Terms
We use cookies and other tracking technologies to improve your browsing experience on this website and for data collection for personalized ads.More information
gyrotourbillon.txt · Last modified: 11.10.2021 17:07 (external edit)