Hybris Mechanica is a series of Grande Complication watches from Jaeger-LeCoultre.

Jaeger-LeCoultre was one of the first companies to commit to haute horology as a way to recover the prestige of Swiss mechanical watchmaking. The company began its rebirth with the iconic Reverso model, re-launched with a new case and complicated manufacture movement for its 60th anniversary. A series of complicated models in the Reverso series would cement the company as a leader in high-end watchmaking.

In the 2000s, Jaeger-LeCoultre set about creating a series of special complicated timepieces. This line began with the Atmos Mystérieuse mantel clock, another historic model for the company. But it was the 2004 Master Gyrotourbillon 1 that signaled a dramatic shift for the company. Jaeger-LeCoultre had been one of the first to produce a series tourbillon wristwatch, the 1993 Reverso Tourbillon, but the Gyrotourbillon was a complicated design never before seen.

In 2009, Jaeger-LeCoultre introduced a set of three watches, complete with a custom safe, and named it “Hybris Mechanica”. This name would soon be applied to the entire family of complicated haute horology pieces from Jaeger-LeCoultre. The centerpiece was the Duomètre à Grande Sonnerie, a minute repeater also called “Hybris Mechanica à Grande Sonnerie”, but it was paired with the groundbreaking Master Gyrotourbillon 1 and 2006's Reverso grande complication à triptyque, the world's first three-face watch.

The Hybris Mechanica series continued, with the company numbering each piece sequentially back to the Atmos. It includes the 2010 Master Grande Tradition Grande Complication, 2012 Duomètre Sphérotourbillon, and 2014 Master Ultra Thin Minute Repeater Flying Tourbillon, each a groundbreaking piece. The latest addition was introduced in 2019, the Master Grande Tradition Gyrotourbillon Westminster Perpétuel. 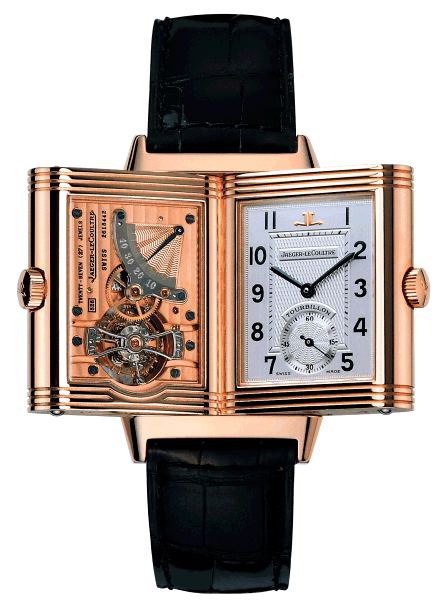 Hybris Mechanica is a follow on to the original Reverso Complication series. Beginning in 1991, Jaeger-LeCoultre began a limited-edition series of Reverso models with special complications to reestablish the company and develop its skills. There were six rose gold complicated Reverso models produced from 1991 through 2000 in limited editions of 500 examples. Although many other complicated Reverso models have been introduced since 2003, this is the original series. Two more platinum complicated models were produced in 2002 and 2003 before the Hybris Mechanica line.

Introduced in 2009, Hybris Mechanica was a $2.5 million package centered around the most-complicated and expensive watch in the world up to that time, the Duomètre à Grande Sonnerie. This package also included two other Jaeger-LeCoultre Grande Complication watches as well as a full-size safe to keep the set in. These three watches alone include no less than 55 complications. 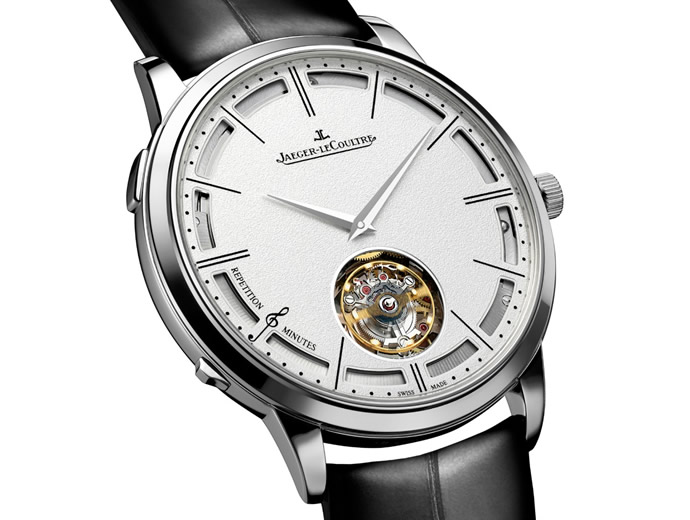