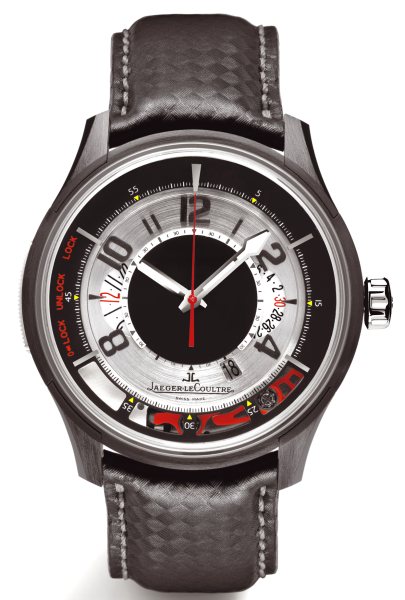 After the alarm AMVOX 1, which was created in collaboration between Jaeger-LeCoultre and the automaker Aston Martin, the company followed with this novel chronograph without pushers. The functions are activated here by simply pressing the sapphire crystal: Start and Stop at 12 o'clock, 6 o'clock at reset. The rocker arms in the center of this ingenious and exclusive vertical-trigger with appear in red in the window of the dial.

The AMVOX2 series included more models than the rest of the AMVOX family put together. There were three basic families, the Chronograph and Chronograph with Transponder and the larger Grand Chronograph, and numerous sub-families and limited editions. As of 2015, only the basic AMVOX2 Chronograph (in titanium and pink gold) and AMVOX2 DBS Transponder (in titanium) remains listed in the company catalog.