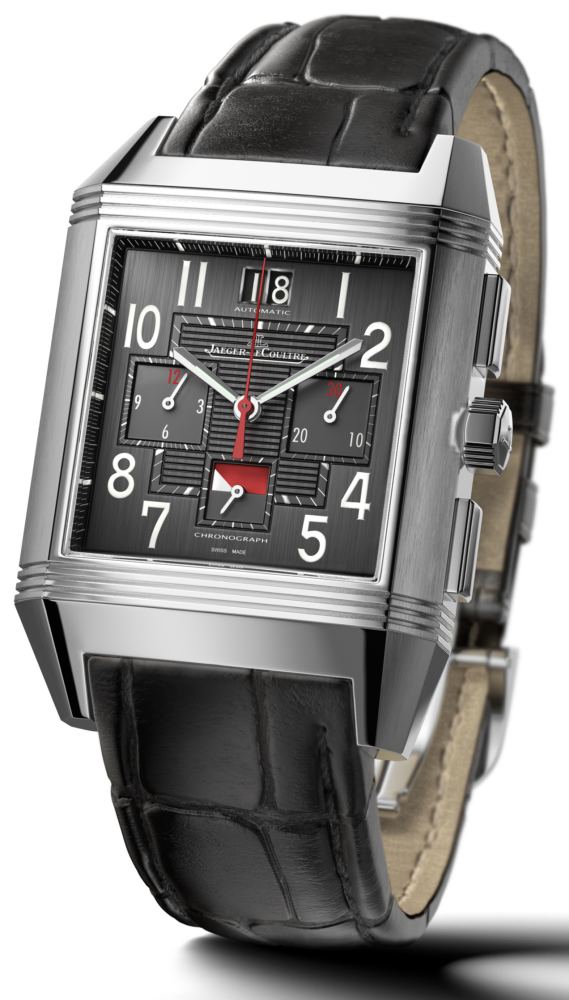 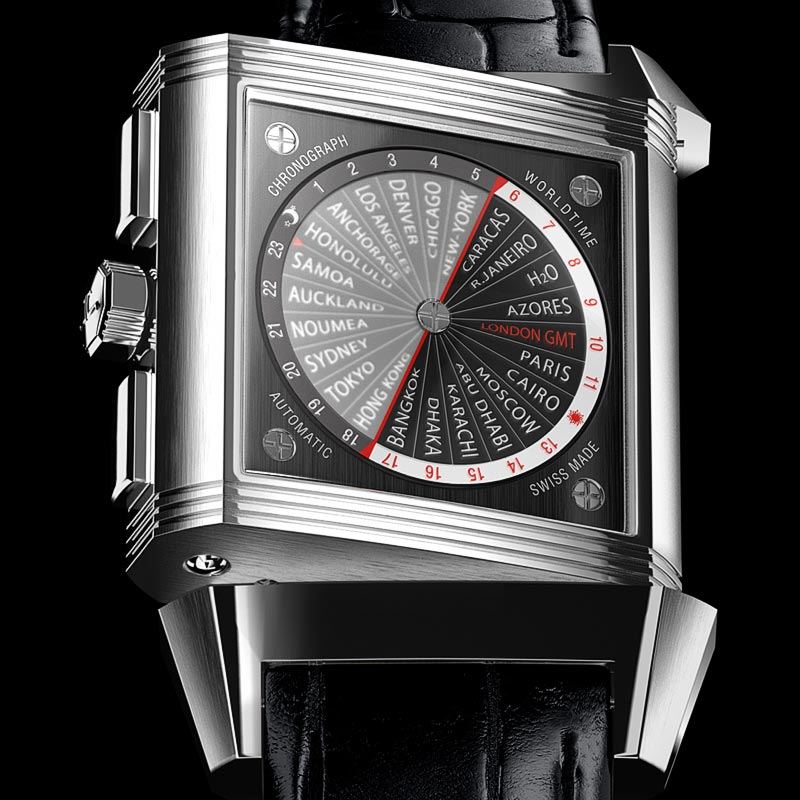 In 2006 Jaeger-LeCoultre introduced this modern version of the turnable watch classic Reverso. This time as a new version with self-winding chronograph movement in titanium case, day/night indication, big date and seconds indication. Especially noteworthy is the back, where the time can be read on a disc with 24 time zones, and provided with 24 cities information. By means of the two barrels the watch has the enormous power reserve of 65 hours. Although announced in 2006, Jaeger-LeCoultre had manufacturing issues with the special etched glass used on the back of the watch. For this reason, the World Chronograph was not available to customers until late in 2007.

The special Polo Fields “Tribute to Eduardo Novillo Astrada” limited edition of 500 pieces was was released in 2009. This was equipped with a distinctive 18k pink gold base and deployant and black ceramic case. Another limited edition “Polo Fields” model appeared in 2012. This featured a titanium base, deployant, and pushers and black ceramic inner case and was limited to 1,500 pieces. All Polo Fields models feature a black carbon fibre dial and the articulated rubber bracelet with a double deployant clasp.