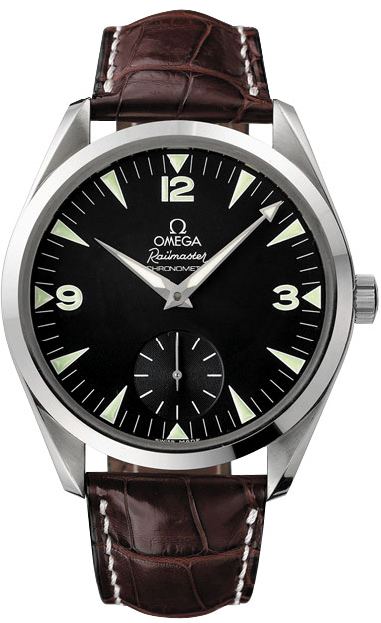 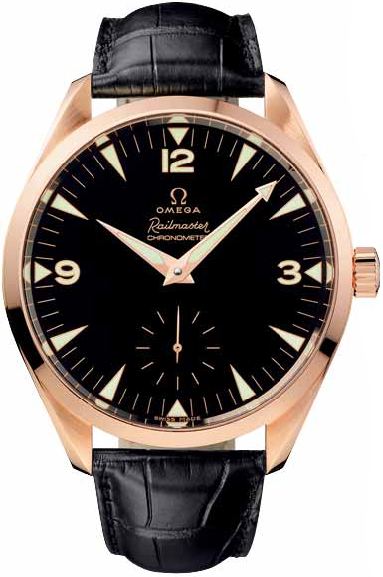 The original Railmaster was first introduced in the year 1957 and strengthened the already existing connection between Omega and the railroad. Although the company hat officially delivered pocket watches to railway companies since 1895, the Railmaster was the first watch that was designed specifically for railway employees, scientists, technicians and electricians as well as all other professions who worked with or in the vicinity of strong electric currents, for it had at that time a special antimagnetic double caseback to protect the movement against the damaging effects of electric fields.

This 2003 introduced model is a revised re-edition of the classic Omega Railmaster. It is presented here in an oversized version (49.2 mm case diameter) with a former Unitas pocket watch calibre, equipped with manual winding. The elegant, perfectly legible watch was also delivered in three smaller sizes as well as Chronograph.

Watch models, Omega models
We use cookies and other tracking technologies to improve your browsing experience on this website and for data collection for personalized ads.More information
omega_seamaster_railmaster_xxl_chronometer.txt · Last modified: 11.10.2021 16:34 (external edit)