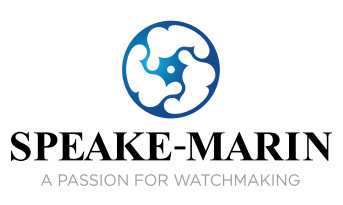 Born in 1968, English watchmaker Peter Speake-Marin (born as Peter Neville Speake, Marin comes from his wife's name) studied at Hackney Technical College in London and later at the School of Watchmaking WOSTEP in Neuchâtel. In 2000, he created the Foundation Watch, a large pocket watch that established the design trends that would be echoed by his later watches.

The Speake-Marin brand was created in 2002 with the first model, the Piccadilly, appearing the next year as the “Original Collection”. The company would go on to diversify with both high-end specialty watches as well as more accessible pieces.

In June, 2017, Peter Speake-Marin announced that he would be leaving his eponymous company. It is now owned by the Rosnoblet family.

The watch models of Speake-Marin are characterized by a strict, often classical or English-conservative style. Especially typical is the frequent use of Roman numerals and hands in the style ‘Foundation'. He also enjoys working with enameled dials, which indeed means higher production expenses, but leads to an impressive contrast between the bright-white background and the finely tuned letterings as well as filigree hand shapes.

The young brand has already developed a high reputation among watch lovers in a short time and, despite the not so long-lasting market presence, offers a considerable and wide-ranging overall collection.

The creations of the brands differ a lot from the almost incalculable mass offer of the watch industry in terms of clearly recognizable unique selling propositions Conclusive, distinctive style and high quality standards, all influenced by the convincing, forceful personality of the watch creator.

Watch brands, Watch brands Switzerland, FHH
We use cookies and other tracking technologies to improve your browsing experience on this website and for data collection for personalized ads.More information
speake-marin.txt · Last modified: 11.10.2021 20:44 (external edit)