The Orient Watch Company is one of the largest producers of mechanical watches in Japan. It is a wholly-owned subsidiary of Seiko Epson but designs and manufactures separately from Seiko. 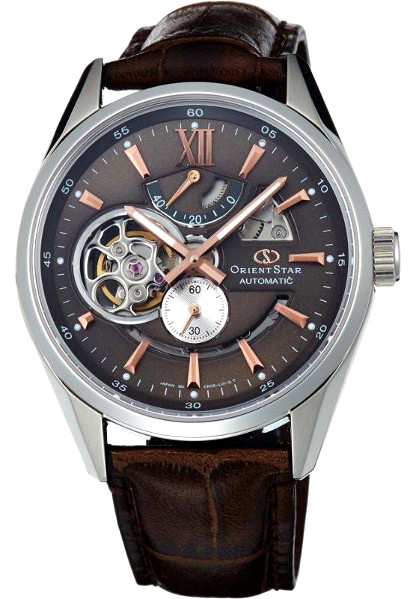 In 1901, Shogoro Yoshida set up a watch shop in Ueno, Tokyo, Japan. He began manufacturing gold clock cases by 1912 and set up a factory, Toyo Tokei Manufacturing, to produce clocks by 1920. In 1934, the company began producing wristwatches, and a factory was established at Hino in the following years. The original factory was shut down after World War II, but the company returned to watch production in 1950, now operating as Tama Keiki Co. Ltd.

The next year, 1951, Tama Keiki changed their name to Orient Watch Company and began sales of the Orient Star watch. The company expanded international sales, first to China, in the following decade. In 1959, the Royal Orient appeared, presenting a challenge to Seiko's Lord Marvel and similar high-end Japanese watches. The company launched the ultra-thin Orient Finess collection in 1967 using their Cal. 3900. A high-beat line, Orient Tenbeat, was created in 1970 using Cal. 9980.

In the 1970's, Orient focused mainly on mechanical watches, never developing their own quartz movements to rival Seiko, Citizen, and Casio. This included the automatic Cal. 46940, launched in 1971, which would continue in production for decades as the Cal. 46 series.

By 2001, Seiko Epson had become a major shareholder in Orient, and the company completed a complete takeover in 2009. Today, Orient operates as an independent but wholly-owned subsidiary of Seiko Epson, which is itself a producer of many Seiko-brand watches.

Orient is unusual in that they produce all of their own movements, including most components, in-house. Also, most of their movements are produced in Japan, rather than in overseas factories as is the case for most Seiko and Citizen products.

Needing an inexpensive modern movement for mass production, Orient licensed the Seiko 7006 movement design along with the Seiko 6600 Magic Lever automatic winding mechanism. These were combined to become the Orient 46 movement, which is still the company's mainstream automatic watch movement today. Orient also manufactures a number of other movements, including the high-end Orient 88700.

One notable innovation from Orient is the power reserve indicator. The company still includes this feature on many midrange and above watches. Orient is also fond of retrograde indicators.

Orient's product line is not as diverse as Seiko or Citizen's, with most products being variations on a few basic case and movement designs. Orient's watches generally sell for less than similar competing products from Seiko, and the company's automatic watches are considered a bargain by aficionados despite the aging and simple movement.