The Royal Oak is a luxurious sports watch by Audemars Piguet, and has now become the template of a whole, widespread watch range.

A product icon of modern times 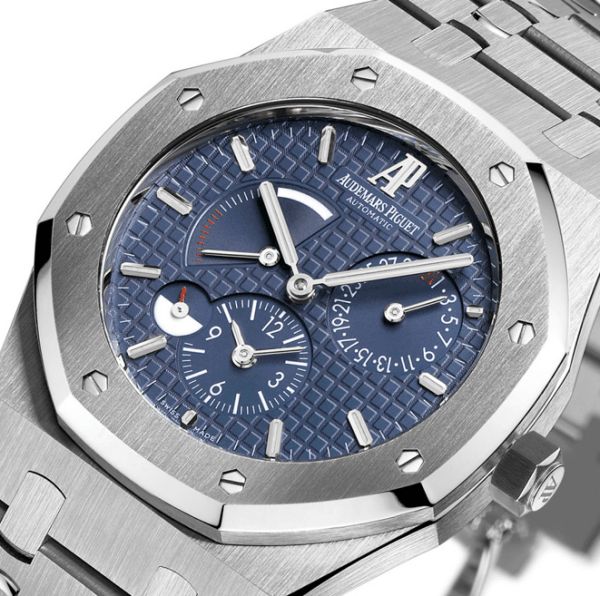 The “Royal Oak” (named after a famous sailing ship of the British fleet) contributed significantly to the success and the reputation of the brand Audemars Piguet and — similar to the Oyster models of Rolex — can be counted to the product icons of modern times. Characteristic of this watch designed by Gérald Genta, which entered 1972 the market as “the world's first luxury sports watch”, is the screwed, octagonal case and the integrated metal band. The "tapisserie" dial is another trademark of the watch and the brand. First, the Royal Oak was launched with the extra flat automatic calibre AP 2120, then with the calibre AP 2121, and now, the Jumbo variant of the watch is equipped with the calibre 3120. 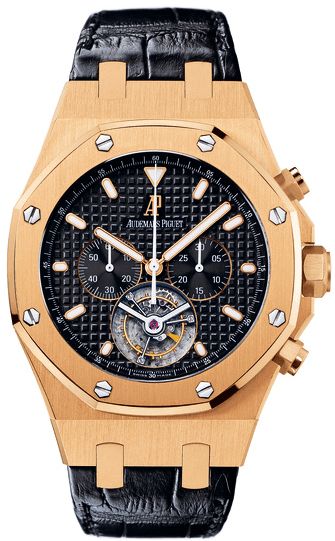 From the Royal Oak there are now a variety of variants available. Also continously new limited edition series are released, which conjugate the basic concept in many different ways. So, for instance, the Royal Oak Grande Complication offers the considerable number of the following additional functions fly-back chronograph, week display, minute repeater and perpetual calendar with moon-phase indication. And with the Royal Oak Chronograph Tourbillon one ventured even to a tourbillon variant.

With the cases one also walks across the whole range of possibilities, from the stainless steel of the original model to yellow gold, rose gold and white gold, then to platinum, but also to new experimental materials such as carbon.

The Royal Oak line is one of the most celebrated watch designs in history. A Royal Oak has been selected for the prestigious Grand Prix d'Horlogerie de Genève 6 times between 2001 and 2019, making it the most decorated watch in the history of that event. In 2019, the new Perpetual Calendar Ultra-Thin, Ref. 26586 won the grand prize (“Aiguille d'Or”) and the "Jumbo" Extra-Thin, Ref. 15202 was selected for the “Iconic Watch Prize”, cementing the model's success. This has pushed Audemars Piguet ahead of all other brands at the GPHG.

Watch models, Watch classics, Audemars Piguet models
We use cookies and other tracking technologies to improve your browsing experience on this website and for data collection for personalized ads.More information
audemars_piguet_royal_oak.txt · Last modified: 28.11.2021 13:20 by gerdlothar