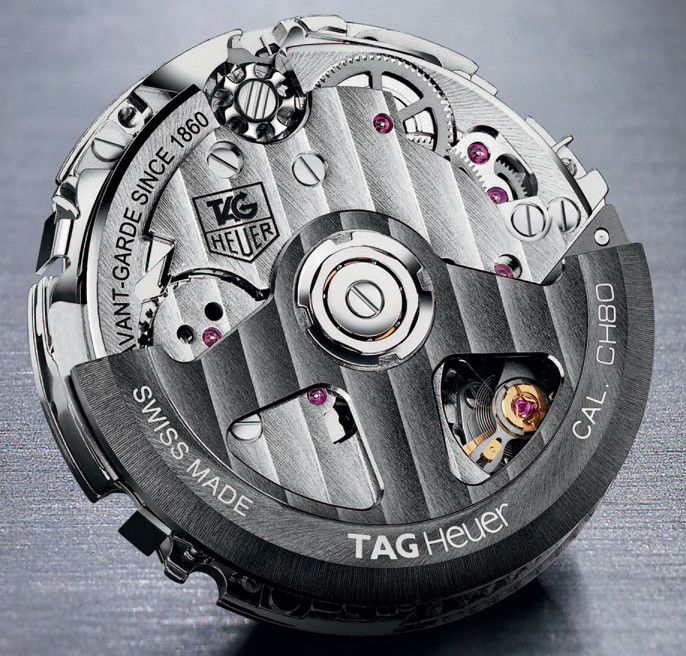 This modern movement has a long progress to production, being announced in 2013 but not produced in volume until 2018.

Calibre Heuer 02 is a mechanical chronograph calibre with self-winding. It was developed by TAG Heuer as a thinner and more upscale alternative to the Seiko-derived Calibre 1887, though both are built together in the same TAG Heuer facility in Chevenez. The “1969” name was a reference to the Chronomatic and the race to bring an automatic chronograph to market in 1969, while the new “CH80” is a reference to “Calibre Heuer” and the 80-hour power reserve. A few watches were produced with “Cal. 1969” and more with “Cal. CH80”. In 2017, TAG Heuer announced a renaming of the movement to “Cal. Heuer 02”, as Cal. 1887 was also renamed “Heuer 01”.

The assortment and balance wheel are sourced from Atokalpa rather than Nivarox.