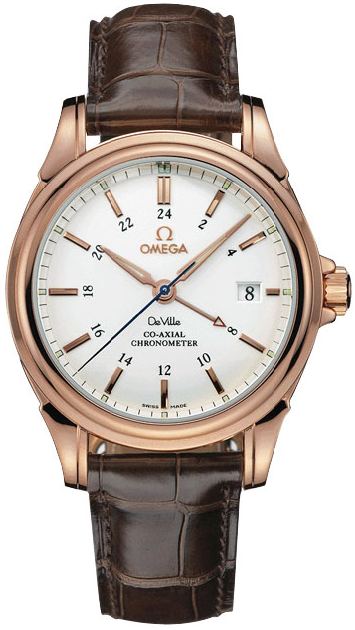 De Ville Co-Axial GMT is a wristwatch series by Omega.

In 1999 Omega unveiled, as part of the elegant men's watches series De Ville, the new co-axial escapement, invented by George Daniels and brought to series production by Omega. Since then first models of the series, and afterwards also the sports models have been increasingly equipped with this escapement.

Watch models, GMT watches, Omega models
We use cookies and other tracking technologies to improve your browsing experience on this website and for data collection for personalized ads.More information
omega_de_ville_co-axial_gmt.txt · Last modified: 11.10.2021 16:34 (external edit)