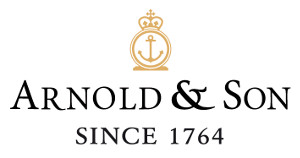 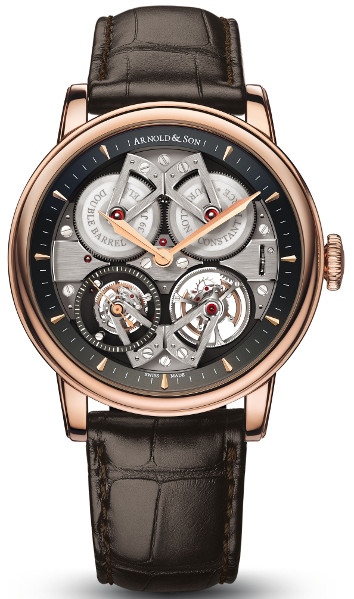 Arnold & Son is a historic British brand which has been re-started by the Swiss watch company, The British Masters before being acquired by La Joux-Perret. Today it is part of Citizen Group after that company purchased Prothor, the reorganized La Joux-Perret, in 2013.

The idea behind the concept of The British Masters had been to recollect the tradition of the great British watchmakers, namely George Graham (1673-1751) and John Arnold (1736-1799). The first collection of “Graham” and “Arnold & Son” was brought on the market in 1998.

Arnold & Son combines references to English heritage with Swiss watchmaking and is a sister company to Graham.

From La Joux-Perret to Citizen

Arnold & Son traditionally used Jaquet (now La Joux-Perret) movements, most of which used Valjoux, ETA, or Sellita ebauches. In May, 2010, The British Masters sold Arnold & Son to La Joux-Perret. The company immediately introduced new models, serving as a showcase for the movement manufacturer. After that company was acquired by Citizen in March 2012, Arnold & Son became Japanese-owned, though with Swiss management.