Rado is a “high range” brand of the Swiss watch conglomerate Swatch Group alongside Longines and Union Glashütte. It was founded in 1917 as Schlup & Co. in Lengnau, Switzerland, which began using the Rado brand in the 1950s. It was part of Sagiter and the General Watch Co./ASUAG previously. Today Rado is known for high-tech materials like ceramic (descended from the DiaStar) and the seahorse and anchor logos indicating waterproof and automatic watches, respectively.

Schlup & Co. was founded in Lengnau by brothers Fritz, Ernst, and Werner Schlup in 1917. Founded in the home of their parents, the factory expanded over the next 25 years to become one of the largest watch movement makers in Switzerland.

Schlup began selling watches using the Rado brand around 1953, though it had been registered as early as 1928. The name meant “wheel” in Esperanto and was only used in international markets, beginning in South America and Asia before reaching Switzerland in 1963.

Rado was initially known for waterproof automatic models. The Golden Horse name appeared in 1957, with the water-resistant Green Horse brand added the following year. These featured seahorses on the back, two for a bayonet case back and three for a screw-down back. The brand expanded rapidly in the decade, with international sales in over 60 countries. The Captain Cook dive watch appeared in 1968 and remains in the line to this day.

Automatic Rado models featured a moving anchor logo on the dial, and this would become the symbol of the brand. Reminiscent of an automatic winding rotor, the anchor pivoted at the center and typically was placed on a red circle meant to evoke a jewel. Today, all Rado automatic models feature the anchor symbol.

One of Rado's most important and lasting products appeared in 1962. The DiaStar 1 was marketed as “the world's first scratchproof watch” thanks to a hardened steel case and a sapphire crystal. Over the next decades, Rado developed a gold-colored DiaStar model (1972) and a novel case with an edge-to-edge sapphire crystal, the Dia 67 (1976). Rado also added an electronic movement for the DiaStar Electrosonic in 1973, a quartz analog model in 1975, and an LCD model in 1976.

The company's next innovation was the ceramic bracelet used on the 1986 Integral, followed by a ceramic case in the 1990 Ceramica. Another high-tech material, Cermet, appeared in 1993 in the Sintra, and the Ceramica added plasma ceramic in 1998. The next big advance was a diamond material with a hardness of 10,000 Vickers in the 2002 V10K. In 2011, the True Thinline was introduced, a 5 mm thin ceramic watch, and the similar HyperChrome.

Other unusual modern models include the 1988 La Coupole, an integrated capsule-shaped watch, the eSenza, which lacks a crown, and the minimalist r5.5. Touch technology was added to the 2013 Esenza Touch, and the HyperChrome Dual Timer a year later used this to swap time zones.

Part of the Swatch Group

Schlup became part of the Neuchatel-based Société Horlogeère de Production et de Participation SA (Sagiter) in 1966 along with Camy, Sandoz, and Invicta. The success of the DiaStar helped the company through the consolidation of the 1970s, with Schlup joining the General Watch Co. under ASUAG in 1971. By 1974, Rado was one of the top Swiss brands in terms of revenue.

In the 1970s and 1980s, ASUAG consolidated, selling most brands and merging with SSIH to become SMH, the forerunner of today's Swatch Group. It is one of the few companies to remain part of the group continually this entire time.

With vintage models that faithfully revive the 1960s style of earlier Rado models, the brand has also been bringing mechanical movements back into use since around 2020, for example in the Caption Cook series. These are also increasingly being used in the higher-priced models in the other series. 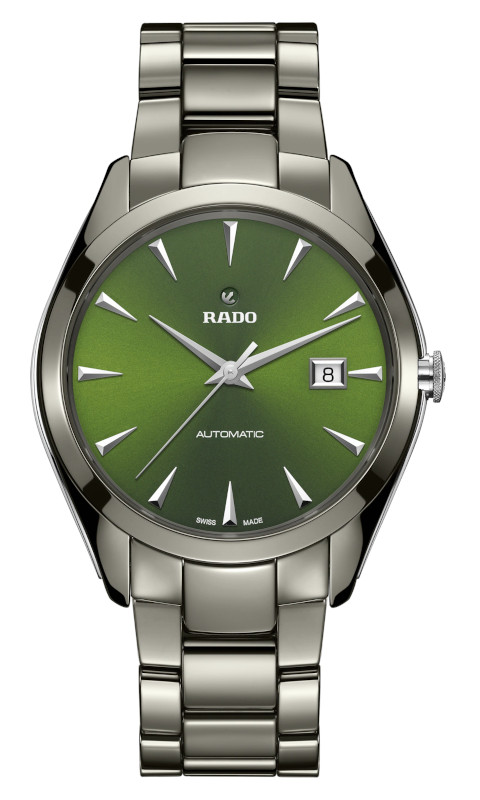