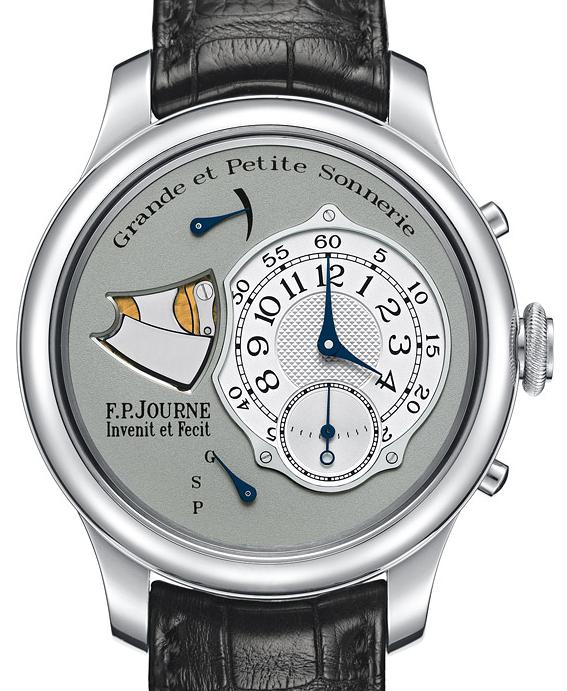 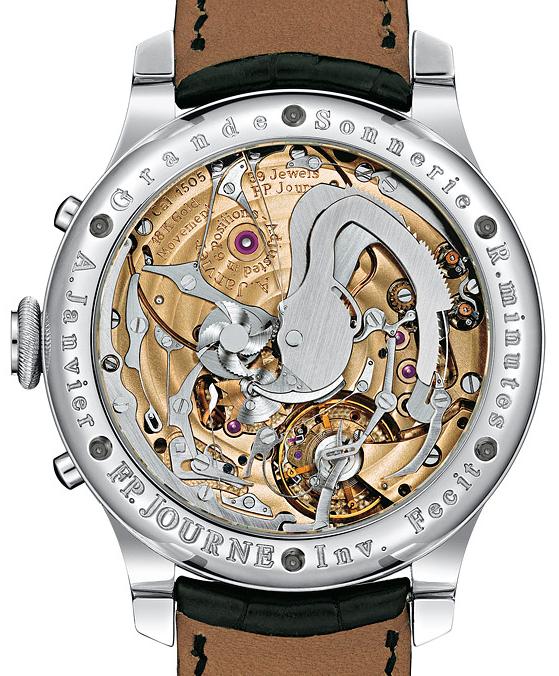 F.P.Journe is a Swiss manufacturer of luxury watches founded by Journe, Francois-Paul. Note that the brand is officially “F.P.Journe” with no spaces. Nevertheless, it is often written with one or two spaces.

“F. P. Journe” stands for Francois-Paul Journe, the master watchmaker behind the company. Journe is a member of the renowned watch artist association AHCI. His motto »Invenit et Fecit«, which is everywhere to be found on his watches, means “invented and made” and refers to the ability to practically implement the ideas developed by him.

This also includes the design of totally new watch movements. As a good example of this one can take the Resonance chronometer. It was inspired by a resonance watch of the King of France. In 1983 Journe first built a pocket watch, and later a wristwatch.

The Resonance chronometer consists of two largely independent watch movements, which are only coupled by a common balance staff and their resonance If the half-cycle of one balance slows down, the other speeds - and vice versa. Harry Winston realized this principle, which Journe first adapted for the wristwatch, in 2001 in the standard model Opus One. Around the same time also Journe offered this particularity for watch connoisseurs within his own range of models the Chronomètre à Résonance.

Francois-Paul Journe was born in Marseilles in 1957, where he started his education with 15 years at the local watchmaking school. In 1976 he received his watchmaking diploma at the École d'Horlogerie in Paris. In 1985 he opened a studio there, in Saint-Germain-des-Prés, and joined the watchmaker association AHCI.

In 1989, Journe relocated to the Swiss Jura, joining many other independent watchmakers. Journe focused on haute horology, producing the first tourbillon wristwatch with a remontoir in 1991 and winning the Prix Gaïa for Best Watchmaker in 1994.

In 1996 he moved to Geneva, where he began to realize his dream to build his own watch company. At Baselworld in 1999 the F. P. Journe Invenit et Fecit branding was unveiled, and the company presented two watches at the AHCI booth The Resonance chronometer and the Tourbillon avec Remontoir d'Egalité. This watch was selected for the grand prize “Aiguille d'Or” at the Grand Prix d'Horlogerie de Genève in 2004 as well as the Watch of the Year Award in Japan.

In 2006, F. P. Journe presented the Sonnerie Souveraine, which again won the Aiguille d'Or at the GPHG. Journe's Centigraphe Souverain won this award again in 2008, and the Chronomètre à Résonance won the Complicated Watch prize at the GPHG in 2010. Another award winner that year was the Vagabondage II, which won the Champions of Time in China prize.

Within the still relatively short time that his company exists, Francois-Paul Journe, with his ingenious design gift and his unusual watch creations, has made it to the very top of Haute Horlogerie. As a special feature a certain understated modesty of appearence can be noted So all of his watches distinguish themselves by a pleasantly reserved valence, though at their inside they are all the more spectacular. And also the public image of the brand is not boastful, but everything seems calm, clear, dignified and filled with classic quality.

Francois-Paul Journe has received numerous awards for his watches and inventions, including in 1994 the prestigious Prix Gaia for his horological achievements.

Outstanding success he reaped in particular at the renowned Grand Prix d'Horlogerie de Genève, a kind of “Oscar” of the Swiss watch industry. There he garnered, with the exception of two years, till 2010 every year the coveted trophy. Here are the individual winning models

F.P.Journe is a brand of Montres Journe SA, the company that produces these watches along with components for others. In addition to the personal work of François-Paul Journe and his brand, F.P.Journe Manufacture, Montres Journe includes dial specialist Les Cadraniers de Genève and case maker Les Boîtiers de Genève.

On September 17, 2018, Journe confirmed that he had sold a 20% stake in Montres Journe SA to French luxury company Chanel. The move was a way to ensure that his company would outlast its founder, and gives Chanel access to the dial and case operations of the company.