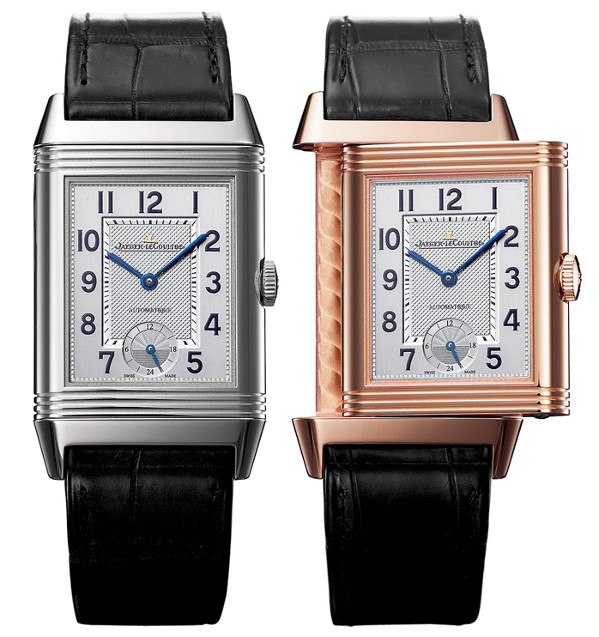 Grande Reverso (and Reverso Grande) is a line of large watches by Jaeger-LeCoultre in the Reverso family.

The classic Jaeger-LeCoultre Reverso measured 36 x 22 mm, approximating the Golden Ratio of 1.6 1. In 1991, Jaeger-LeCoultre introduced a larger Reverso case, named “Grande Taille” for “large size” for its 42 x 26 mm case. This would soon become the most-common case size for Reverso watches, but even it was not large enough for complications and modern tastes. The 2002 release of the Reverso 70ème brought an even-larger 46.5 x 29 mm case which would soon come to be known as “Extra Grande Taille” (“XGT”) or simply “Reverso Grande”. Later models were named “Grande Reverso” and came in an even-larger 48.5 x 30 mm case or a slimmer 46.8 x 27.4 mm case.

The Grande Reverso line was phased out in the mid 2010s with the new Reverso Classic Large and Reverso Tribute models now designated as the largest Reverso.