Cécil Purnell was a World War I veteran who taught himself watchmaking and repaired watches throughout his life. His grandson, Jonathan Purnell, was a watch dealer starting in the 1970s, and founded Cécil Purnell SA using his grandfather's name in 2006 in partnership with Stéphane Valsamides and Marcel Lachat. Purnell showed an in-house tourbillon movement in 2009 but was unable to bring his concept to production. He turned to Magma Concept to develop a new tourbillon movement, and this was first shown in 2010.

The Cécil Purnell brand was launched at BaselWorld in 2011 with the slogan, “Only Tourbillon” stating the mission. The watch was modern, with an openworked movement, transparent dial, and open heart tourbillon at 6 00. Two designs were created, the Classique with a conventional round case and the La Croix with an unusual cross-shaped bezel and rubber strap. The watches began at CHF 90,000.

Cécil Purnell launched a new collection in December 2012 including the Lady Lacroix with a translucent enamel dial. A GMT watch, the “Paradigm Shift”, was added in late 2014 featuring an independent hour subdial at 12 00 and bi-tourbillon design that would be replicated and updated by Purnell 6 years later. In 2016, Cécil Purnell introduced a tri-axial tourbillon model with world time displayed on a hemispherical globe and moon phase on a hemispherical moon. The Carillon Minute Repeater was shown at BaselWorld in 2016 as well.

The brand was able to sell about 700 examples but was not successful financially. No new product was launched after 2016. 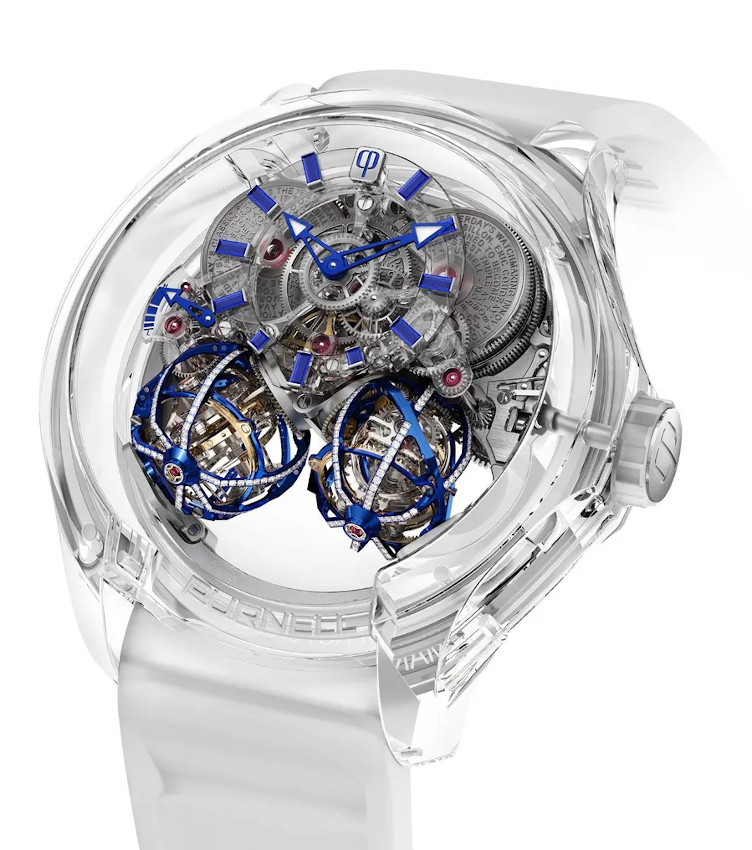 Cécil Purnell was re-named C. Purnell in early 2019 with the release of the Spherion triple-axis tourbillon. Developed by Eric Coudray and TEC Ebauches, the watch retained the “Cécil Purnell” name on the cut-out bezel for a time before showing “C. Purnell.” This new team laid the foundation for continuing operation. The triple-axis tourbillon became the Purnell Escape I.

Maurizio Mazzocchi joined the company in October 2019 and re-launched the brand as Purnell at Watches and Wonders in 2020 with an all-new product. Developed with Eric Coudray, the Escape II featured two spherical devices located in the bottom half of the dial which combine to be a single tourbillon. Coudray had previously developed the Gyrotourbillon for Jaeger-LeCoultre, but the Purnell features a so-called Potter escapement, which places the balance in one cage and the escapement in the other.

The original La Croix and Escape I was removed from the company's listings in late 2020, as was mention of the former Cécil Purnell brand, as the company was now focused entirely on the Purnell Escape II.