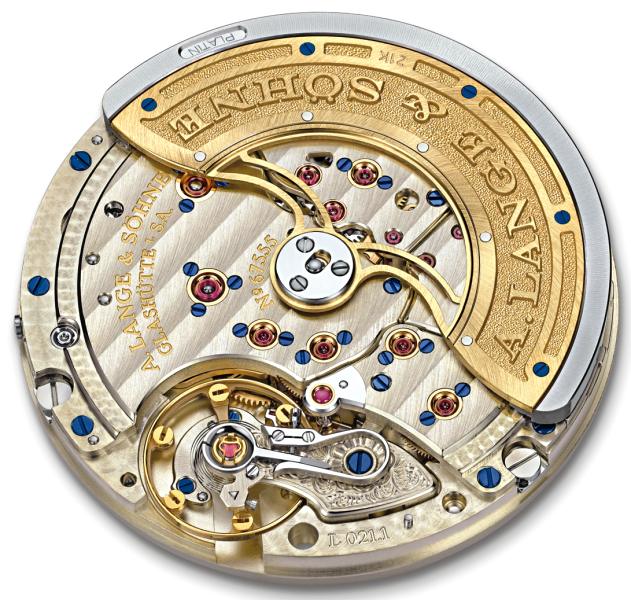 The Lange 1 Daymatic is a wristwatch by A. Lange & Söhne.

In 2010 Lange presented this version of the classic Lange 1, which was overwhelmed with prices, here equipped with self-winding movement.

Characteristic of all models of the type Lange 1 is the design of the solid silver dials with asymmetric indications arrangement. The useful, patented big date indication improves the readability of the date compared to conventional timepieces approximately threefold.

The watch is equipped with the automatic manufacture movement Lange L021.1, hacking seconds, retrograde day of week indication and big date. The dial is made of solid silver; the hands are in gold.