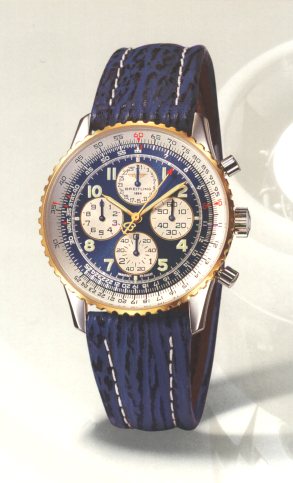 The aviator chronograph Navitimer, a further development of the Chronomat, was brought onto the market by Breitling in 1952 and since then has become a well-known and popular watch classic.

In comparison with the Chronomat it has an even more complex bezel with logarithmic, double rotating slide rule scale, with which fuel consumption, rate of climbing or sinking and average speeds can be calculated quickly. At a time when electronics were not as heavily dominating as today, a model with such useful features was greatly appreciated especially by airplane pilots. Therefore in 1952 the Navitimer was officially recommended as pilot's watch by the “Aircraft Owners and Pilots Association” (AOPA).

From 1954 until the first half of the year 1955 the calibre Valjoux 72 was used for this watch, later the calibre Venus 178 was installed. Since 2010 the newly developed manufacture calibre Breitling B01 is used. Accordingly, the model name was changed to Navitimer 01.

Over the years there were produced numerous versions of the first Navitimer. So the external dimensions of the original Navitimer, originally 40 mm in diameter and about 15 mm height, were significantly reduced. This reduction was possible without changing the features or the quality of the watch. To achieve this, however, and to leave the date display at the position of the digit “3”, the small dials for the stop function had to be shifted.

Since 1969 the popular model was also offered with automatic winding (including the Breitling Calibre 13 and the Breitling 30). These later automatic models received a date display between the “4” and the “5”. Today, there are variants of the Navitimer with even further complications such as perpetual calendar, rattrapante or flyback. 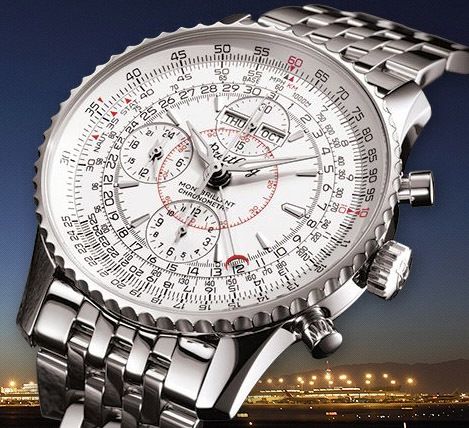 Here the data of the current model Navitimer 01 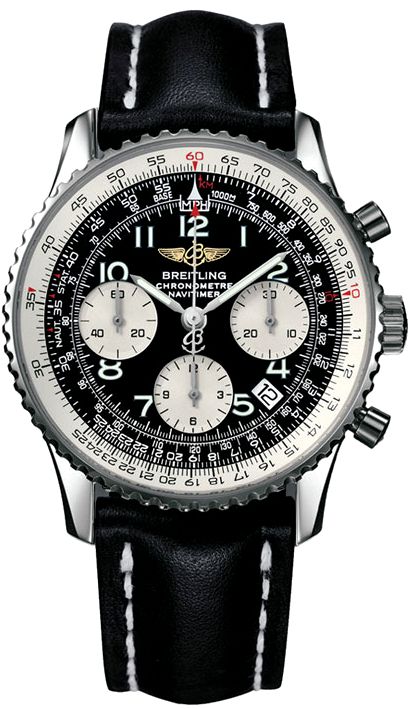 Watch models, Chronographs, Watch classics, Breitling models
We use cookies and other tracking technologies to improve your browsing experience on this website and for data collection for personalized ads.More information
breitling_navitimer.txt · Last modified: 28.11.2021 13:21 by gerdlothar